Well, I've been back for a few days now, and have been busy looking through my photos, doing lots of washing, and inputting all the data into a lovely spreadsheet. The trip was brilliant, even though the weather wasn't good, sleet, snow, hail, rain, wind and more wind!
The first couple of days I stayed at sound house at the head of Adventure sound. It was a nice house, but very cold, until the peat rayburn was going well, oddly there central heating was powered with an electric pump so you had to have the generator going rather than relying on convection to drive the water. As we worked further down the sound we moved our base onto the Damien II, there were lots of us on board for the first night, but then 3 people headed home, so there was then more room on board. It was still quite cosy with 7 of us. 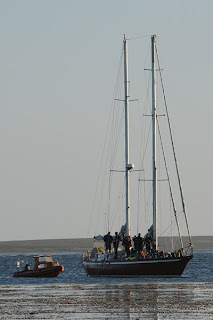 The FC RIB and Damien II


Going up and down the sound we were regularly accompanied by Commersons Dolphins, they seem to love playing alongside the boat and in the bow wave, it's amazing that they keep up so easily and with a couple of tail flicks they shoot away at a rate of knots. In the white of their bodies you can see marks and scrapes which let you recognise different individuals. 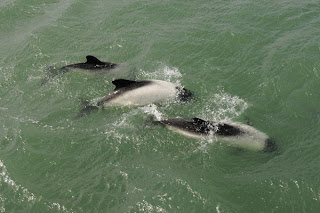 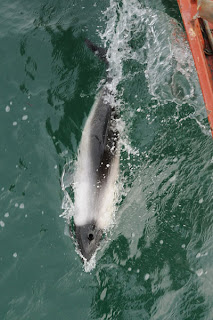 There were lots of birds around the shores,all the usual suspects but some other interesting birds too, Black necked swans (with cygnets), White tufted Grebes, Hudsonian Godwits, it's quite incredible to see these birds that will have been in Northern America not so long ago. 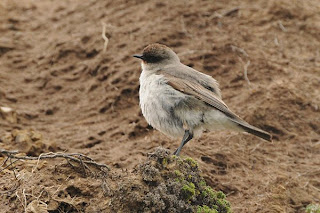 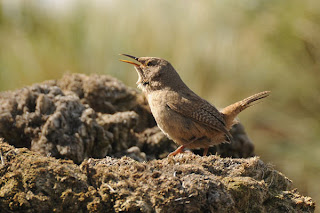 On our survey we also managed to go to some of the islands down towards Bleaker, Halt Island, North Point Island, Turn Island and Third Island. These were interesting to visit and investigate, and it was a good opportunity to check for rats. It was great to find Cobbs Wren on two islands, although one did have one patch of rat droppings (Turn Island), this is a concern as it may be an indication that rats or a rat has just arrived. It's a priority now to assess this island properly and implement some erradication so that the Cobbs and other birds can live without rat invasion! Halt Island had no Cobbs, but does have lots of other songbirds, and also no rats after a succesful erradication in 2006. Unfortunately Third Island has rats and therefore no Cobbs Wren and few other songbirds too. It is quite incredible what a difference there is between a rat infested and rat free island. 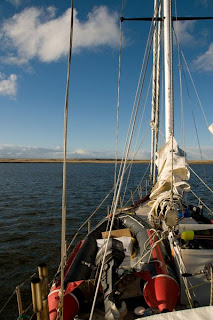 Inflatable and kit on deck 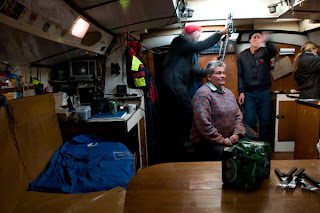 In the cabin of the Damien II 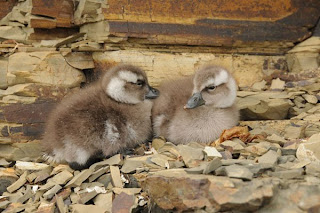 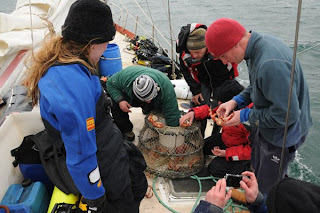 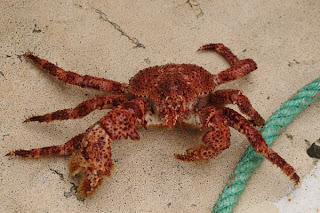 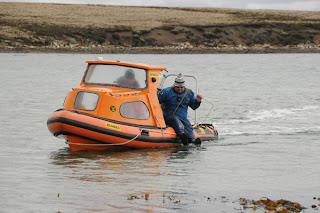 One island had Striated Caracara, this was my first encounter with these cheeky little monkeys! Little feathered bags of mischeif! By the time we had got around the island they had dragged the welly sack half way down the beach. They also hover just above your head which is rather disconcerting when you see how sharp their talons are! It's quite amazing that they are so unafraid when they have suffered from persecution. 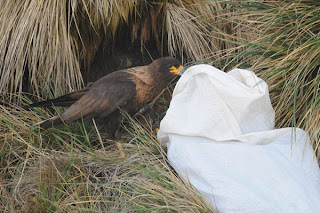 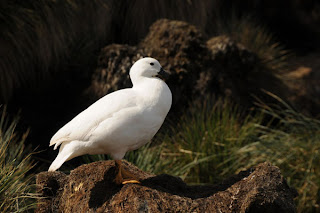 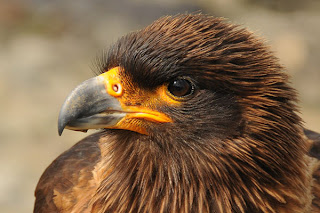 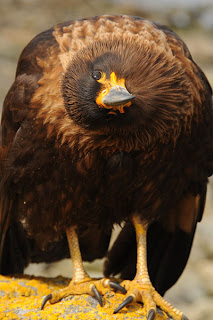 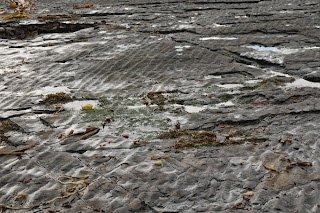 Ripples in the bedrock 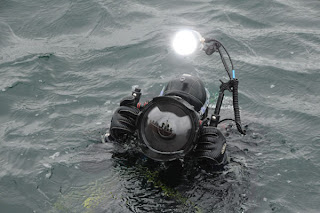 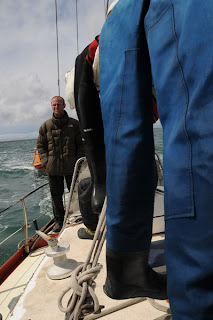 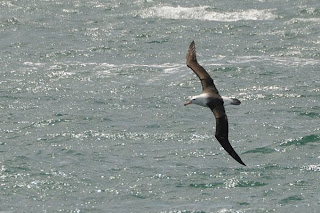 My first encounter/sightings of Black browed Albatross. On the last day of the trip there were 3 flying around. The divers had seen them a few days before whilst further down the sound diving, but I had missed those, so I was really pleased to see them. 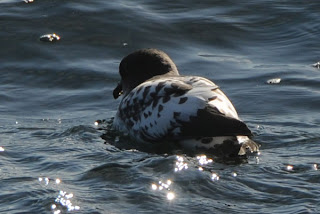 After a rather blowy night it was a nice morning although still blowing strong and this Pintado Petrel was paddling around the yacht. It almost got an unexpected bath as the toilet had broken and we were using a bucket, I spotted it just before emptying said bucket! Look before you chuck is a good idea!! 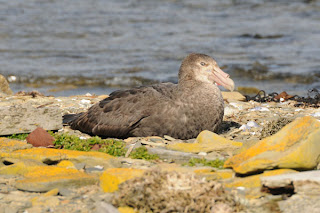 So the next mission! On Sunday I'm heading over to West Falkland to do some botanical work with Rebecca - FC's botanist. This should last until about the 17th Dec when I fly back to Stanley to board the Golden Fleece and head off on another adventure! I will then be heading off to Sea Lion Island followed by Beauchene Island until the end of December! Getting the chance to visit Beauchene is rare, a small island and the furthest south in the Falkland Archipelago. It's also home to over 100,000 pairs of Black browed Albatross, 61,000 pairs of Rockhoppers, and various other Shearwaters, Prions, Tussacbirds, Cobb's Wren, Striated Caracaras etc.

So that's it for about a month! Happy Christmas to you all!