What a day! Out the window was horizontal snow. It was a reasonable start, out at 9:30, meeting up to head over to Volunteer point. The first section is road, well, gravel track, for about an hour and a half, and then another hour and a half off roading. In total we had a Toyota Hilux, Defender LWB, Defender SWB, Toyota Surf, and a little white suzuki. The sign saying wide tyres only was a good guide of the conditions! It was rough and bouncy, but we were led in convoy by the warden and we all got through fine.

As soon as we arrived there were King Penguins to be seen wandering about. The wind was blasting sand everywhere, and it was making it a struggle to even walk, but we were there and determined to enjoy ourselves. 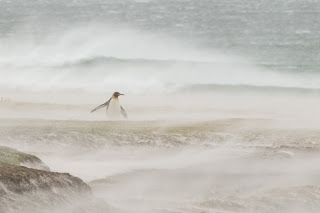 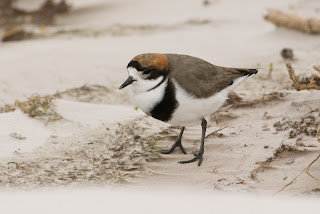 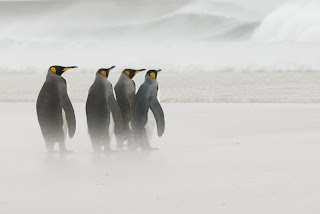 I decided to follow this group of 4 Kings as they headed off to the sea, they got into the water eventually, but then started to have a good look and high tailed it back up the beach as fast as their little legs would carry them! And the culprit.... 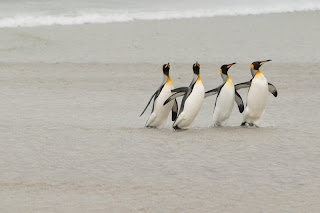 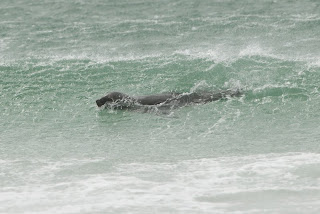 The reason the Kings exited! They saw it before I did. There was a Leopard Seal here yesterday too, so it wasn't surprising that they were being wary! 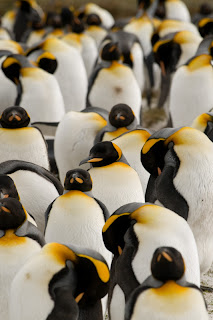 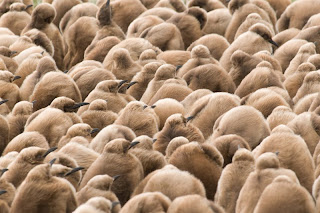 King Penguin chicks huddling together to avoid the gale 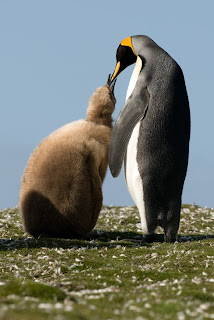 Well, I guess you can see that it is a pretty amazing place.

The drive back was interesting, making our own way as a convoy, the lead landrover got stuck a couple of times, but was pulled out easily. In the Toyota surf we bounced and bumped a bit but got through OK, the little suzuki zipped over all the obstacles and was almost airborne at times!

Did I mention King Penguin