On the BBC series Frozen Planet a sequence was shown of two male elephant seals in battle. This was filmed at St Andrews, somewhere I am lucky enough to have now visited twice while here on South Georgia.

Erny and I skied in thick fog from Sorling beach, to Hound bay, finding our way by map and compass, and occasional verification using the GPS. At Hound bay the cloud lifted, and the rest of our trip, and holiday took place in beautiful weather.

Most visitors to St Andrews only ever get to spend a few hours in this stunning place. Some are lucky enough to have early landings for dawn, but these are few and far between. 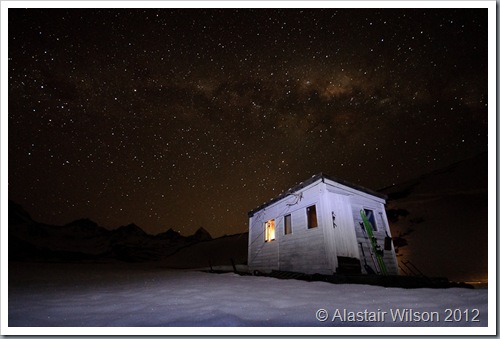 St Andrews hut, built in the 80’s for a film crew, re-roofed last year, a very comfortable base for a few days holiday, or 3 months if you’re a BBC film crew! 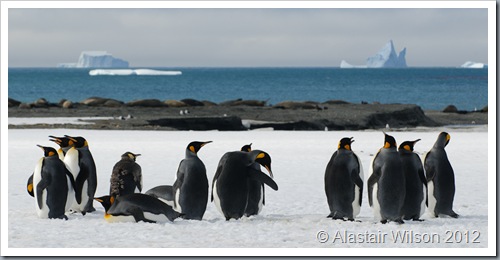 King Penguins like to stand on snow to keep cool especially when they are moulting. 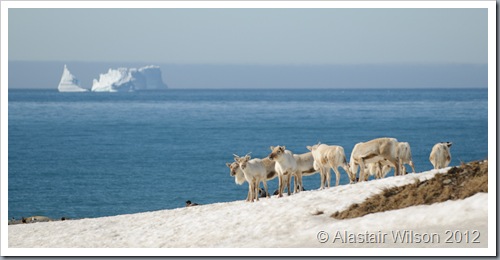 Reindeer wander around the colony munching on grass that grows in the glacial soils. 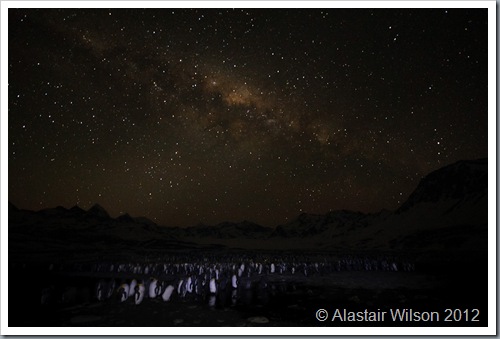 The Milky way stretches across the sky over the thousands of Kings. Exploring the beach during the night was an incredible experience, it got particularly scary while taking this shot as two males began fighting on the beach behind me! 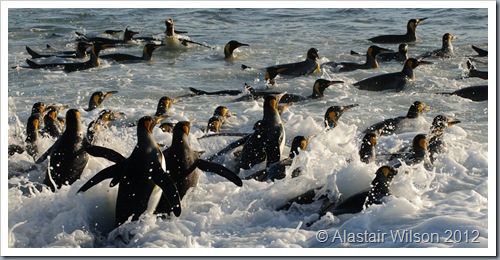 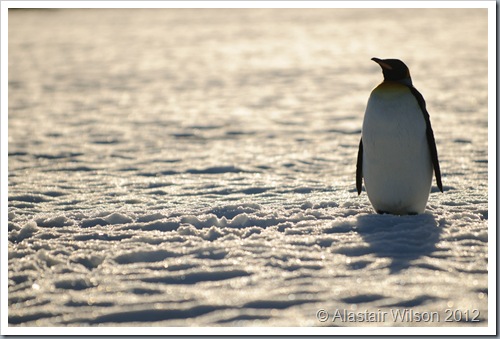 It’s quite tricky to take a photo at St Andrews with just one penguin in it! 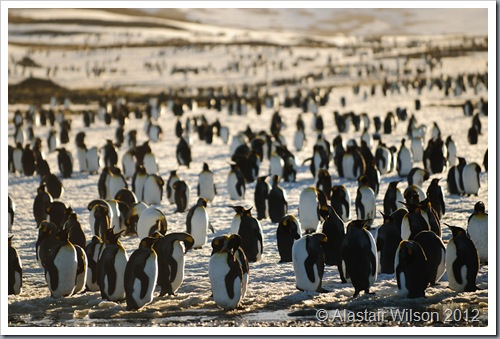 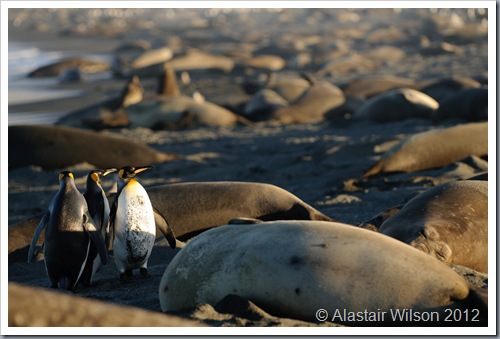 Erm, so how do we get through this lot? Elephant seals on the beach make it tricky for the penguins to get past, they often spend quite some time finding a route through, only for a female to turn around and block their path! 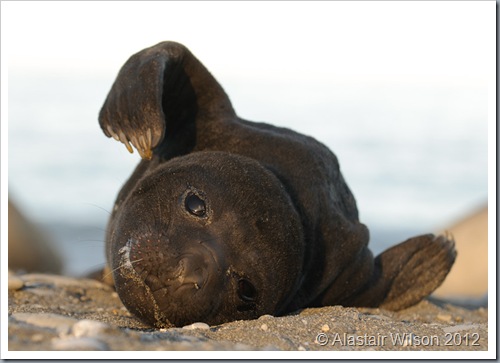 A cute elephant seal pup trying to work out what sort of seal or penguin I am. 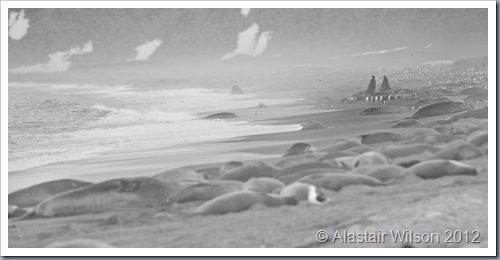 Two bull elephant seals fight for territory and females on the beach. When the loser flees there are often pups and females that get squashed, fortunately they seem to be fairly squashable and are usually none the worse for their ordeal!