It seems that Terns are like Marmite, you either love them or hate them. Their defence tactic of dive bombing and chattering harshly at anyone within range of their nest seems not to be particularly liked by some people, especially when out for a quiet walk. I don’t mind though, they’re gutsy little birds trying to defend their eggs and chicks from predators much bigger than themselves, like skuas, so they really do need to give it their all. 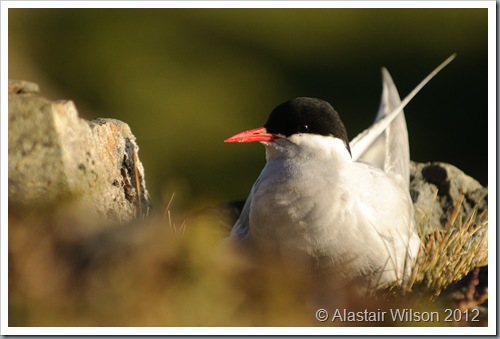 We have a good number of Antarctic terns nesting around King Edward Cove, at least 5 pairs alongside the track to Grytviken, a pair on the old Grytviken jetty, a couple of pairs near the magnetometer hut to name just a few. Most of the UK tern colonies, (Arctic, Common and Little), nest in quite distinctive, high density colonies. The Antarctic terns here though seem to nest fairly well spread out. There are some places where they do form  colonies, but at a much lower density to that which I’ve seen with UK breeding terns. 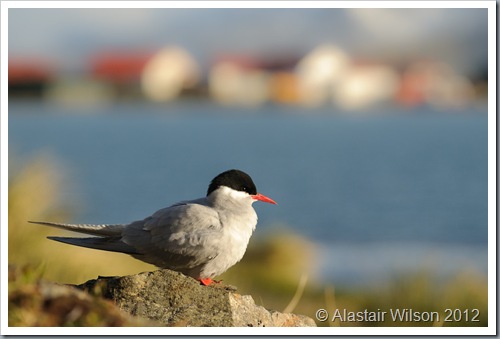 With the regular traffic along the track to Grytviken one pair in particular have become very accustomed to having people around, something I was able to make use of to get some photos without disturbing the adults. Obviously if the adults are trying to peck you on the head they’re not going to be foraging and feeding their chick, and you’re not going to get any photos of the adults with the chick. I was lucky that while I was watching one of the adults brought in a Krill and fed it to the chick. 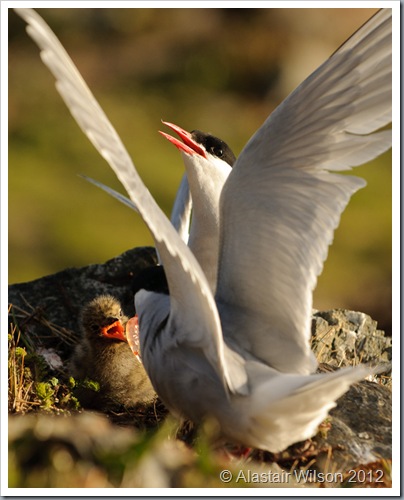 Dinner time for the chick, a tasty Krill 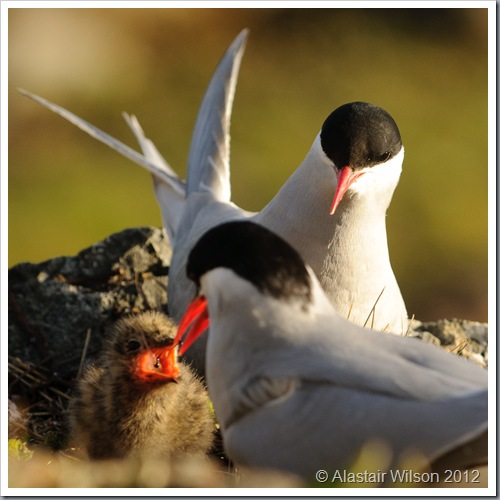 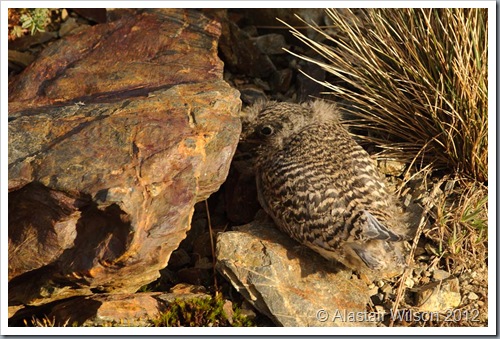 This tern chick from another pair nearby was a bit older 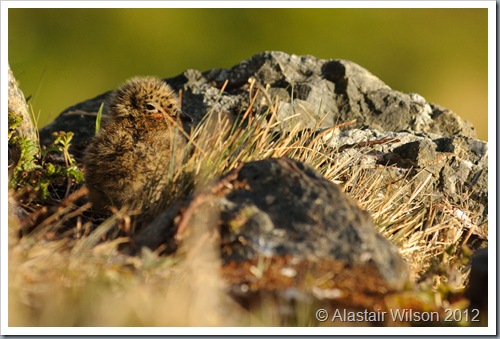