Having arrived on Skomer on the 11th I have been getting to know the island and the sites that I will be monitoring the seabirds at. The weather has been really kind so far, blue skies and sunshine most of the time, but I’m sure that won’t last! 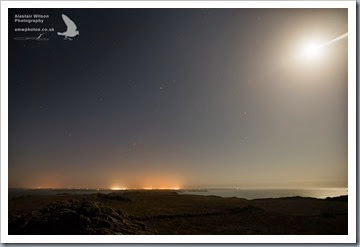 The night skies have been really clear, the moon has been so bright that a torch was unnecessary! That does mean that the stars aren’t as great as they could be, so I can look forward to some really dark nights with the Milky way. 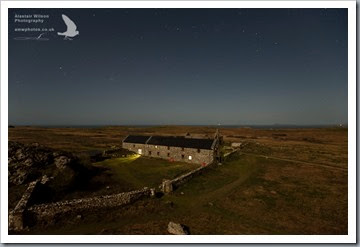 The farmhouse where I am living for the summer 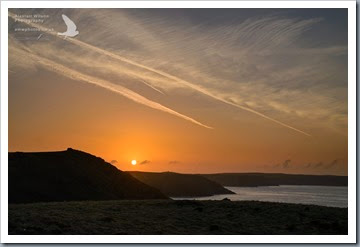 Sunrise was a beautiful time to be out on the island with only two other researchers up and about already. 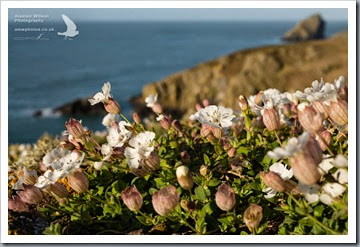 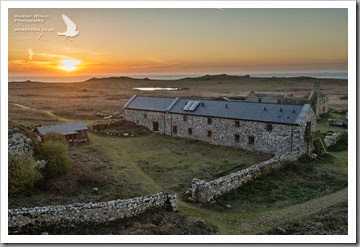 Sunset from the trig point overlooking the farm 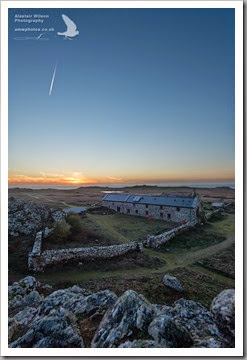 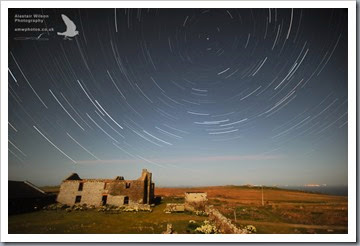