After a couple of false starts the seabirds are getting started with their breeding season. The Guillemots, Razorbills and Puffins disappeared for a few of days, twice, but now they are back and coming onto the cliffs in good numbers. I am busy going to the different study sites to plot the nests on photographs of the colonies, slowly working out what is where and printing new photos where the cliffs have changed through rock falls and erosion.

The Razorbills are mostly on the cliffs in the morning, so I am trying to get around all the sites early enough to plot them all before they start laying. The Kittiwakes have started nest building too, and at the South Stream site I have managed to get some colour ring combinations too. One of these was from a bird ringed in 2003.

Well, here are some photos from around the island, I make sure I always have my camera with me, despite it all getting a bit heavy at times! 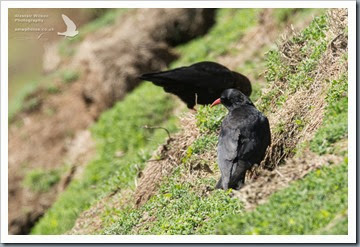 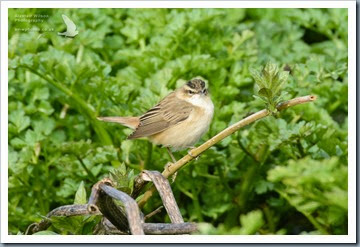 Sedge Warbler have now arrived for the summer, I heard 3 calling this morning. 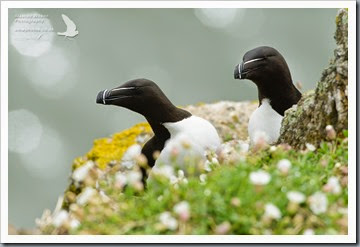 Razorbills are getting going on their breeding sites 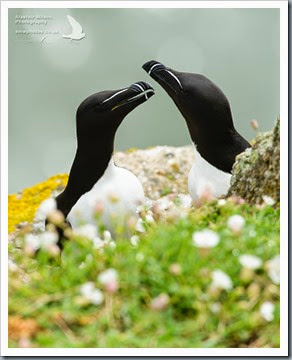 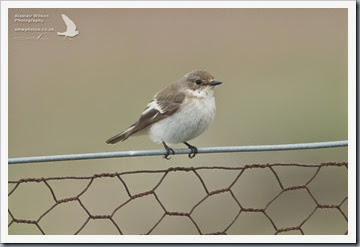 Female Pied Flycatcher stopping off on the island. 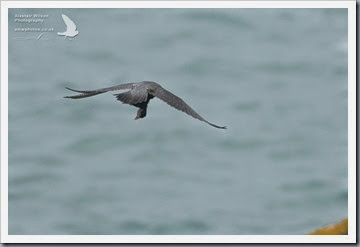 Peregrine flying away with its dinner – a Puffin. 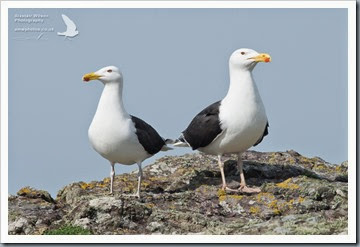 Greater black-backed gulls, I’ll be monitoring their breeding later in the season, and looking at what they’ve been eating too. 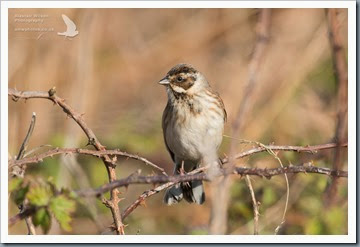 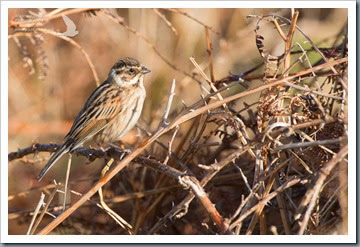