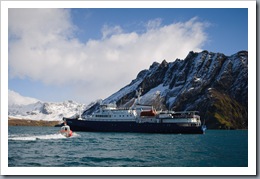 Having been on a nice long weekend away to Harpon for the Easter weekend Tommy and I returned to KEP on Tuesday morning (will blog about the trip later) to find the expedition ship Plancius in King Edward Cove. We were slightly puzzled as she was supposed to have been visiting on Sunday. We quickly discovered from the others on base that all was not as it should be, and that Plancius had some engine/power problems and had to limp back to KEC for safety. Some part of the power system has died meaning she can’t do more than three or four knots, and, if the wind picks up then there isn’t enough power to stay bow into the weather, a potential disaster should any sort of unpleasant weather rear its head, which down here is highly likely. At anchor in the cove, should the anchor drag then there are fairly ‘nice’ beaches all around, and help and facilities are close at hand for the guests, staff and crew. 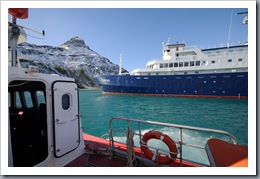 The base commander, government officers and boating officers went aboard to meet with the captain and formulate a plan. The idea  was to come alongside the KEP jetty, thus alleviating any possibility of anchor dragging, and allowing passengers, crew etc. to  stretch their legs and see some more of the local sights.

With the ships crew having made a few repairs the passengers were put ashore for the day, and a sea trial was carried out. Afterwards Plancius headed back towards base, where we met and escorted her into the cove with our two Harbour Launches, and be available to give a helping shove in the right direction if needed! 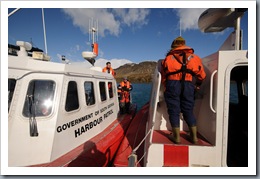 Matt and Tommy were to be in the ‘stern launch’, and Paula and myself in the ‘bow launch’. Plancius slowly made her way into the cove, and the breeze and what propulsion she had was excellently used by the captain to drift onto the wharf. Matt and Tommy gave a few assisting pushes at the stern to stop it drifting too far in, and we stood by ready at the bow, eager to do something, but in the end not being needed. All the lines were then secured, and eventually we were stood down. 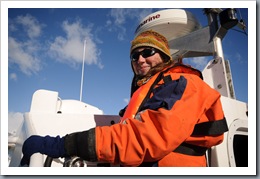 Having only had one boating officer for the summer, we welcome back Paula to KEP. When we first arrived on South Georgia Paula was also one of the departing boaties, having spent 2 years here. After a break of 15 months she has returned, and we are very glad to have her join our wintering team, you couldn’t meet a nicer person :-) 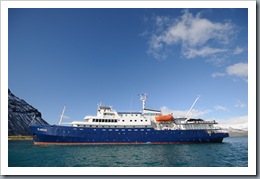 Plancius safely alongside on a beautiful day 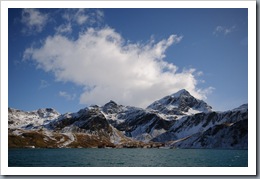 Grytviken with Mt Hodges behind

Base now has a slightly odd feel to it. Having just been reduced to 9 people with the summer visitors leaving we have a small ship of people going for walks locally, and visiting the conference room to send emails home. Despite the eventfulness of their trip they all seem very friendly, courteous, and incredibly appreciative of the help and welcome we have extended to them. I have to especially say hello to anyone in Holland reading, as there are a group of birders onboard from Holland who have become something of front page news with their stranding! 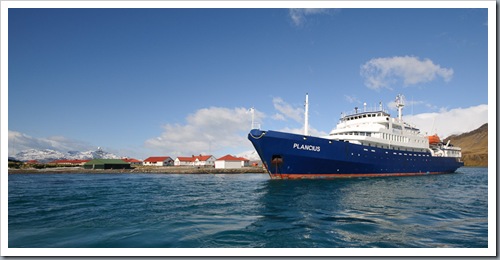 Plancius and our little base