Well it’s been a few weeks now, and I’ve only just got round to writing about my holiday! Even though winter is supposed to be my quiet time of year, with no breeding seals or penguins, I always seem to be as busy as ever, boating, counting birds, collecting seal poo, looking at plankton… Finding time to blog about my activities seems to be some way down my list, but I am trying! 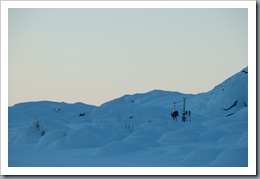 Fortunately though I’ve had a chance to go on holiday for a few days to recharge the batteries. Sam (the doctor) was keen on getting away too, so we decided to head over to the Greene peninsula for a few days exploring. We were dropped off near the Harker and Hamburg glaciers by boat, and then made our campsite. A flat area sheltered between tussac lumps just above the beach was chosen, so we shovelled it clear in the knee deep snow. Stamping it down with snow shoes and then digging out chunks seemed to work well and I’m guessing had it not been for the calm weather and sunshine this part of the trip may have been slightly more arduous than it was! The ground was frozen, and stony, so getting the pegs in was a bit of a nightmare. With a bit of ingenious use of the tussac lumps, long guys and some snow walling we had a secure pitch, and could go for our first explore.

We headed up the beach towards the Harker Glacier, a walk of just over 1km. Progress wasn’t particularly swift, having to move through boulders of ice from the glacier that were beached on the shore (picture right), or wade through the deep snow above the beach. It was lovely to be out and about exploring somewhere new and beautiful in the snow. After a while taking photos of the glacier we headed back towards camp. We took a bit of a detour to try and get some height to look over the glacier and down the fjord, but with such deep snow it was incredibly hard work to get even a few hundred metres, even with large snow shoes you still sank at least to the knee! 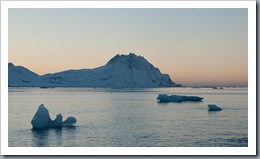 Back at the tent I got the stove going eventually, first having to contend with a leaking fuel bottle seal which sprayed my sallopettes with paraffin. Fortunately there was a new one in the spares kit so we were still able to have hot drinks and watch the evening sky change through it’s pastel colours. Being almost the middle of winter it was getting dark quite early, so we got into out sleeping bags to stay warm until dinner time, by this point it was already -7degC. Sam had sensibly prepared some real food which we could reheat, a much better option than the usual ration packs. 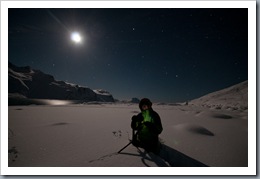 With such a clear night it would have been rude not to take some photos, so wrapped up like a pair of Michelin men we tromped around taking photos in the bright moonlight. This did limit us slightly by drowning out the Milky way, but did light up the scenery beautifully, and didn’t get in the way of a nice time lapse of the camp, glaciers and mountains. Leaving the cameras firing away every 30sec we retired to the relative warmth of the tents having filled our nalgene bottles with hot water. Two hours later I nipped out to collect them, boy was it brass monkeys, it was freezing! The temperature recorded at base had dropped a further 3 degrees since the evening, so I don’t think –10degC would be far off the mark. 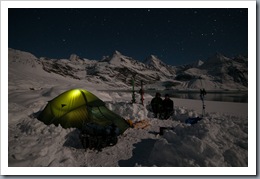 Posing for a photo outside the tent 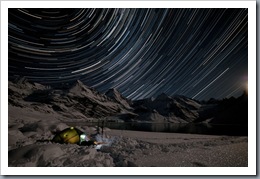 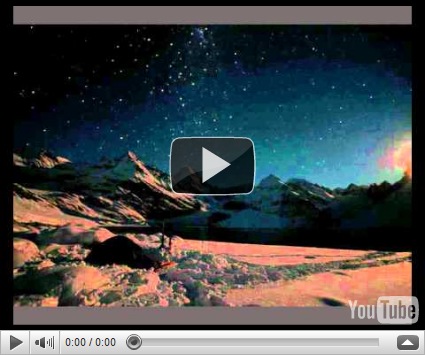 Travel was almost impossible in the deep snow, so we decided to head for the end of the Greene peninsula and see if the conditions were any better. Sam carried her rucksack, and I packed a pulk and rucksack. Skinning along made progress a little easier in the snow, although I was still sinking in quite deeply. The pulk did it’s best to make life difficult too, acting like a snow plough or tipping over whenever possible. After some experimenting I got the weight balance better, carrying the large rucksack, and dragging the smaller one. The weather deteriorated during the day, with more snow falling. The 6km to the hut took several hours to cover, and by the time we arrived we were thoroughly worn out. We agreed that there wasn’t much point in staying cold and damp without the possibility of going walking so we asked for an early pickup the next day should the weather not have improved; it didn’t, so we headed back to base. It was a shame that we cut short the holiday, but at least we had one spectacular night camping, something I shall always remember.
Posted by alastairwilsonphotos at 18:11