Having had my holiday to the Greene cut short I was lucky to be able to go away with Matt mech and Katie the next week. They planned a trip which I can only describe as “Antarctic Glamping” to Sorling on the Barff peninsula, which is in easy walking distance of the Nordeskjold glacier. 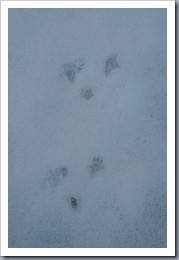 We were dropped off by Jet boat and RIB, and had between us 5 large drybags, 3 sets of skiis and 3 sledges! Fortunately it was a calm day, so offloading onto the beach was fairly simple. Cosy camping was assured with sheepskin rugs for the floor, plenty of gin and tonic, and a few bottles of red wine.

On the first afternoon we headed out for a walk to Sorling beach. By now the snow was quite patchy and had a crusty surface. Rat footprints however were evident everywhere. Since the rat eradication on the Thatcher peninsula there have been no sightings of rat tracks, so it was interesting to see how obvious they were here where the eradication is yet to happen.

The afternoon and evening light was beautiful, and the ice floating in the bay, and passing whisps of cloud provided some nice opportunities for photographs. 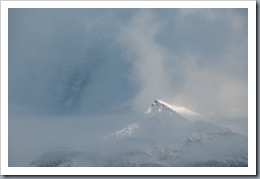 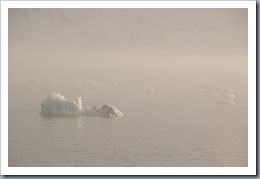 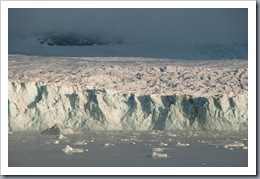 The Barff peninsula is grazed by Reindeer (I posted some photos in my holiday trip to the Macaroni penguin Rookery a few months ago). In order to investigate their impact on the vegetation an exclosure was set up a few years ago. It’s still there, and the difference is quite obvious; there is so much more tussac growing inside than out. When the rats and reindeer are gone this island is going to transform into a very different place. 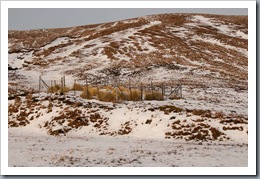 At Sorling beach there were lots of old whale bones strewn about the place. These made for interesting subjects to photograph in the frost, ice, and setting winter sun. I was quite pleased with the cold feeling and high contrast shot below. The mist obscured low sun also provided some nice backlighting, and eventually turning into a lovely twilight sky. 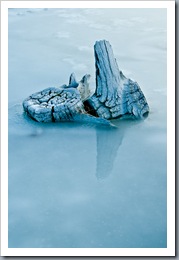 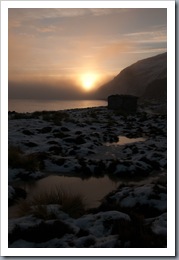 The old hut at Sorling, we used it to store our ski gear and boatsuits. 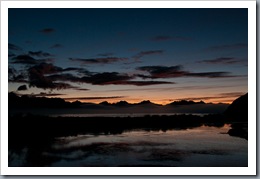 On the second day of the holiday we walked up to the Nordenskjold Glacier for the day. The sun was shining and it was a calm day. We sat for an hour or so watching the glacier waiting for it to calve. We weren’t disappointed, although it wasn’t a particularly big chunk that fell off. I had set my camera going for a time lapse, which I converted into a short piece of video (available to view at the end of this blog entry), and caught the calving in the left side of the view near the beginning. The various chunks of ice floating and bobbing around were also interesting to watch, and interesting to wander amongst when stranded on the beach like giant ice cubes. 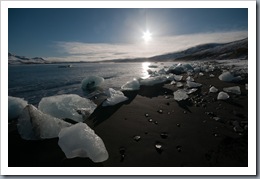 Half way back from the glacier we stopped to admire the view, and have a G&T, using the stranded ice on the shore of course! It had been a glorious day, and we were also able to watch the sun as it disappeared behind the Thatcher peninsula, silhouetting the mountains and ice in the water. 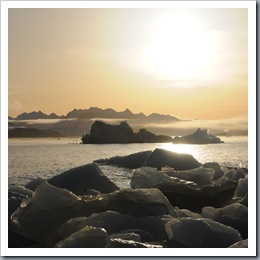 With such a clear evening I had to do some star trail photography. It would have been perfect if not for the camera misting over and then frosting up in the cold! That’ll teach me for bringing it into the warm and not protecting it from the humidity with a bag! It wasn’t a complete write off however, and the resulting movie is available below.

Incidentally I’m writing this blog entry from the Dongsan Krill trawler. So no doubt my next blog will be about this trip.