There have been a few stunning nights recently, clear and crisp with just the most stars I think I have ever seen visible. The moon was also impressive earlier in March, being at it’s closest to the Earth in 18 years. These were obviously good opportunities for some night time photography, and I am slowly perfecting my techniques and getting used to what settings yield the desired results. Below are some of the photos I’ve taken so far. 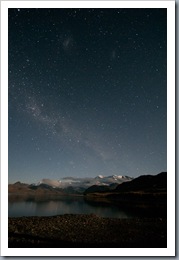 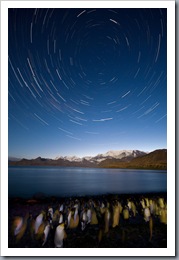 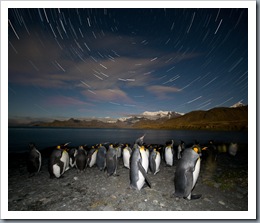 Having a go at ‘painting with light’ has always been an interesting idea to me. With a perfect evening looking possible I headed out into Grytviken with Sam the base doctor. We decided that Albatross and Diaz were in a good position to get the trails behind so set up our cameras and waited for it to get dark. As the light dimmed we had a play with our torches, and got fairly good at achieving an even illumination. Trying not to illuminate the grass was tricky, as was avoiding silhouetting ourselves against the ships, hopping around in the dark avoiding seals, rocks and lumps of tussac was quite amusing! 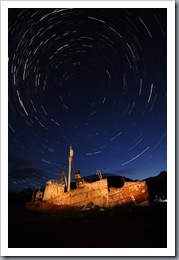 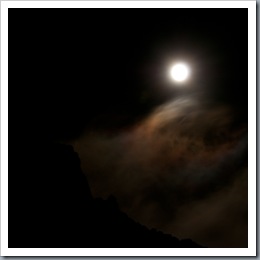 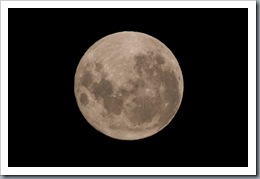 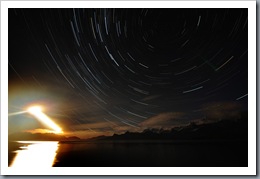 Having the moon rising into the shot caused some issues with it’s brightness, but I think I managed to control it OK. In total I took 161 frames but towards the end condensation formed on my lens fogging and ruining the images. Fortunately because they are separate exposures I was still able to use the rest of the images, something that wouldn’t have been possible with a single long exposure. 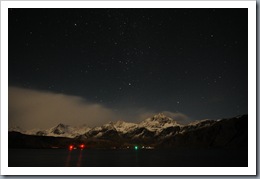 We had a day of gales, sleet and snow, some of which remained on the mountains for a couple of days. I was doing my late rounds (checking everything on base was OK) and the sky was clear and the mountains lit by the moon, I had to pop back and grab my camera. 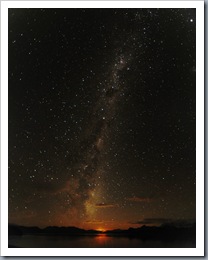 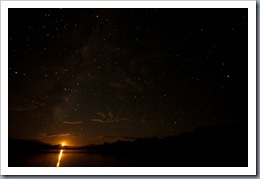 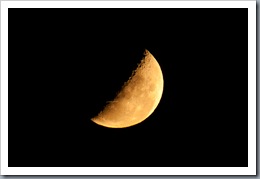 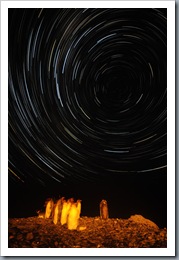 Looking forward to a winter of still clear nights, snow, star trails and painting with light in the whaling station :-)