With the departure of the SGHT habitat restoration team, we can now feel that as a base we are on our way to being ‘winterers’. The vast majority of people who work for Antarctic organisations like BAS only do so for the short summer season. For the few people who stay South for the winter ‘last call’ (the last BAS ship visit of the season), and the departure of any summer staff is a big occasion. This also marks the start of our inclusion into a limited group of people known as winterers, and quite probably nutters too!

The SGHT rat baiting went mostly to plan, with the Thatcher, Greene and Mercer peninsulas and Saddle Island all baited by helicopter. This should hopefully allow a large number of small birds, petrels, prions and also the South Georgia Pipit to breed without  ending up as a rats dinner. South Georgia Pipits occasionally appear on the Thatcher peninsula and are seen around base, having flown in from other rat free areas. This year has been especially good for post breeding dispersal, with Pipits being seen regularly at Maiviken, Penguin River and KEP, more numerous and more often than in previous years. Hopefully with the rats gone they will survive the winter and be able to breed here next year! 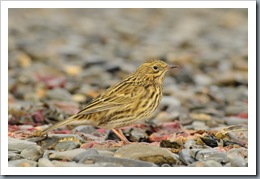 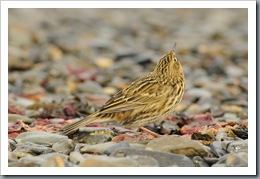 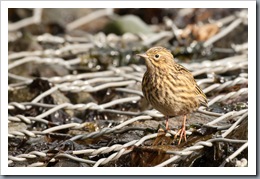 Foraging amongst the rock reinforcing of the jetty 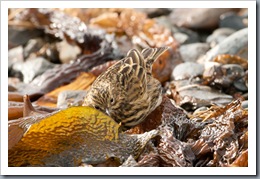 Foraging amongst the strandline Kelp 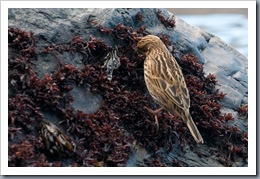 Foraging in algae on the shoreline 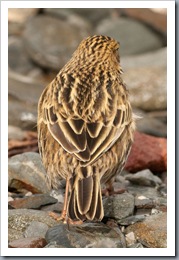 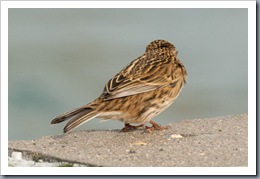 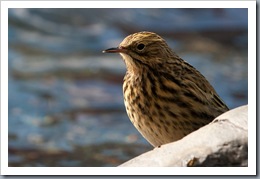 A nice close up 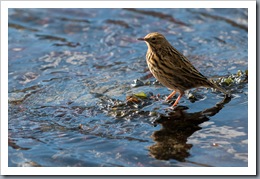 Getting it’s feet wet in the sea

Walking from the base down to the boat shed or food store you can now sometimes hear the typical tweeting of a pipit. Hopefully next spring this will be full on song, something that hasn’t been heard in these parts for a very long time.