Two species of Penguins breed on Bird Island, Gentoo and Macaroni. We are lucky to have a Gentoo colony only a few minutes walk from the base, so it’s easy to pop over and take a few photos when there is some spare time. 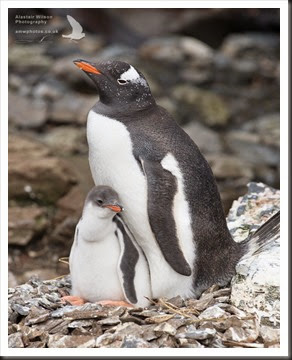 Gentoo adult with its chick

Gentoo adults incubate for around 38 days, with the chicks brooded tightly for around 10 days. After about a month the chicks start crèching while both adults forage. After 100 days the chicks fledge having moulted their fluffy down, and look more like the adults but having a blue/grey back/flippers/head rather than a brown/black of worn adult feathers. 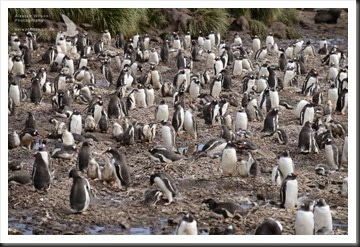 Adults and chicks in the colony

Gentoo’s can start breeding at 2 years old, with most birds breeding by 2-3 years. 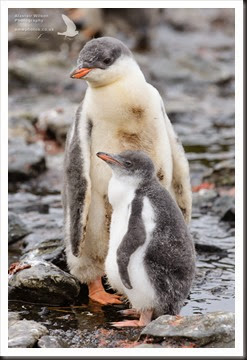 A big chick and a smaller chick

Breeding success can vary massively depending on food availability. In a year where there is little krill available there can be a complete failure to breed successfully, with no chicks surviving to fledging. In better years you can get an average of just over 1 chick fledging per pair. This year looks good so far, with high numbers breeding, and lots of healthy looking chicks running around. 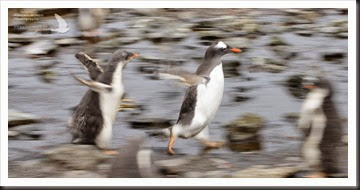