One of the most impressive birds on Bird Island has to be the Wandering Albatross. They are, when you get up close, just massive! Despite this huge size they are incredibly graceful birds, in the air at least. 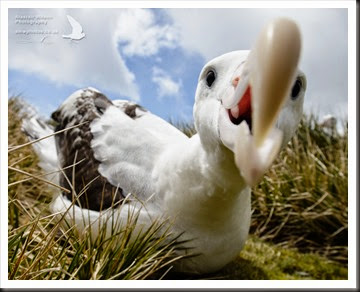 I takes almost 12 months for the eggs to hatch, chicks to grow, and then eventually fledge. This chick was still around on the meadows while adults have been courting, renewing their pair bonds, and displaying ready to breed. 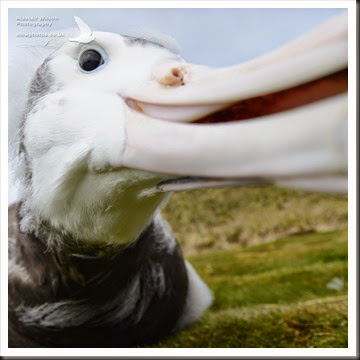 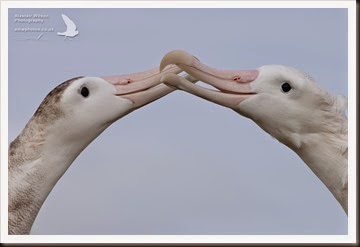 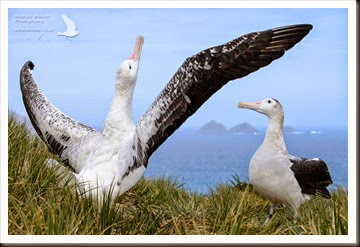 Male Wandering Albatross displaying all of its 3.5m wingspan to a female

The birds waddle around, making an incredible variety of calls, clapping their beaks, bowing their heads, sky pointing, and spreading their magnificent wings. 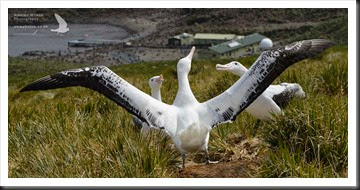 Displaying within sight of the base 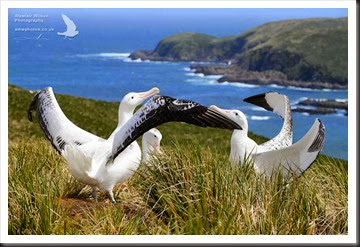 Every nest here is individually marked, the identity of both adults recorded, and the success or failure of breeding monitored. In one area of the island the eggs are measured and weighed to give an indication of health and fitness of the female. 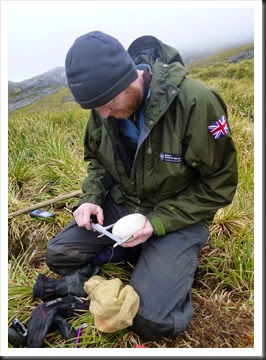 Me measuring a Wanderer egg, photo by Jerry Gillham