Having left Punta Arenas it was 4 days sailing to reach our next stop, the island of Signy in the South Orkney Islands. There wasn’t a great deal to on board, so I spent a large amount of time watching seabirds. The winch control room was perfect for this, with comfortable seats, and good visibility to the port side of the ship and also astern where lots of birds were following in our wake. 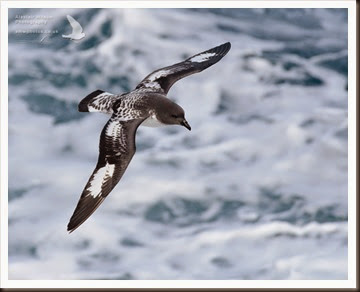 Cape Petrel, present behind the ship almost the whole time 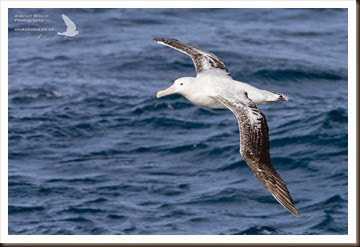 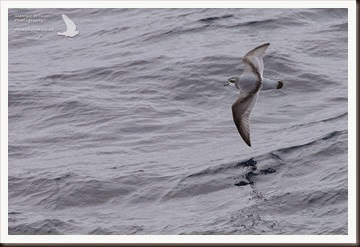 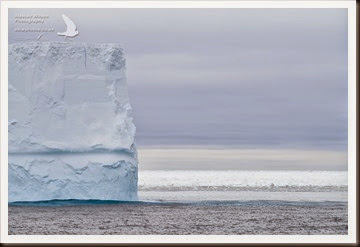 Big tabular iceberg with pack ice in the background

Lying beyond 60 degrees South, and being well into summer there was practically no darkness, very reminiscent of the “Simmer Dim” in Shetland which is at 60 degrees North. Before we arrived at the summer only base we had to push through some loose pack ice where we spotted Chinstrap and Adelie Penguins, Leopard, Crabeater and Weddell Seals. 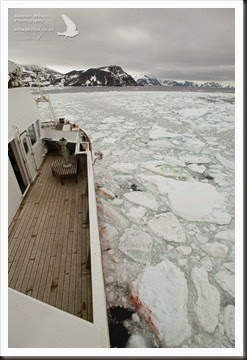 Pushing through the ice into Signy 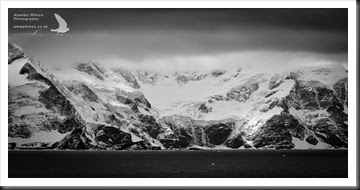 Hanging glacier, dramatic scenery all around 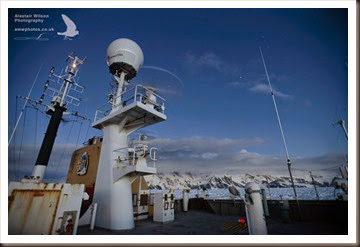 Stars above the ship 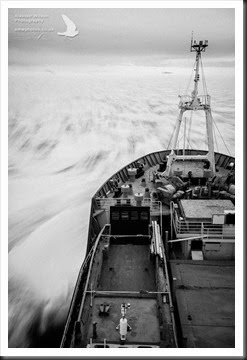 Pushing through the ice

A couple of species that were quite tricky to photograph were the Antarctic Petrel and Southern Fulmar, persistence paid off though in the end. 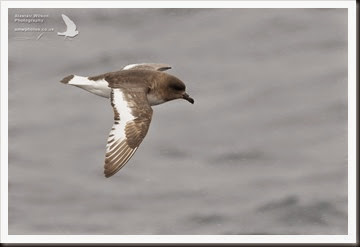 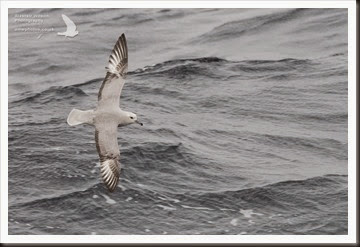 Next stop opening the base at Signy.