As well as wax blocks we have tracking tunnels to record footprints. There’s an ink pad in the centre, and either side is blank card, when baited with peanut butter small mammals will wander through and leave their footprints for us to identify. 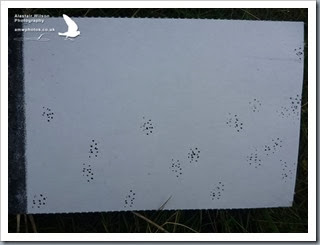 As I haven’t posted many photos there are a few nice ones to share. I have enjoyed playing with my very dark ND filter, as it lets me use slow shutter speeds even in sunlight. This allows motion to be visible, where usually the motion would be frozen. 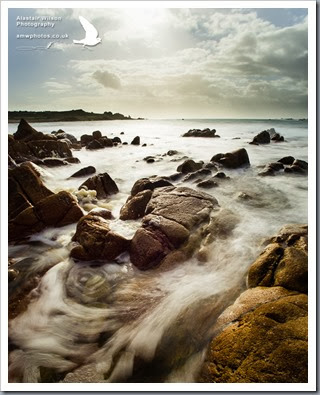 The motion of seawater 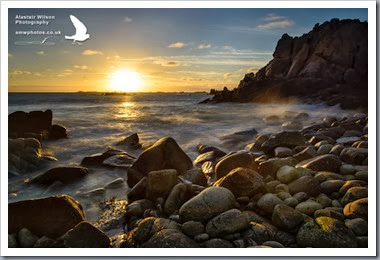 Sunset on a rocky shore

Of course the other way to get a long shutter speed is to wait until it is dark and photograph at night. I intended to get some star photographs, but when I went out there was a really bright moon, which wasn’t even full. I had to change my plan and made use of the clouds that were scudding across the sky instead. 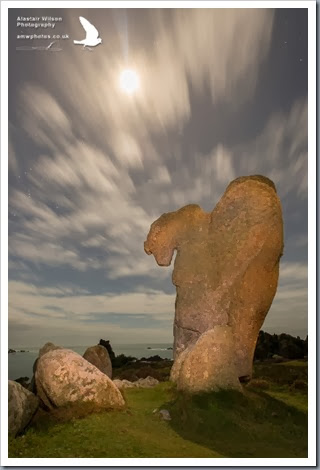 The Nags head at night

With the moonlight coming from behind the Nags head I had to light the rocks using a combination of my headtorch and mini-maglite. I find the LED’s in my headtorch to be too blue/cold, and the mini-maglite a bit too orange/warm, so a bit of both seems to strike a good balance!

With such a bright moon you’d hardly believe these photos weren’t taken during the day, you can just about pick out the stars in the sky though. 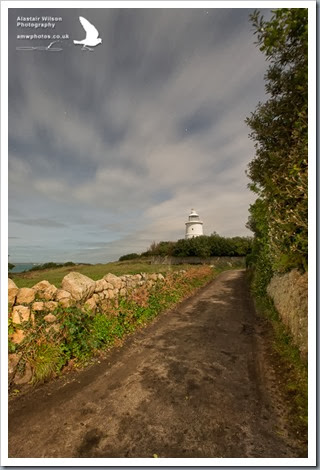 Road to the lighthouse.