The IOSSRP project relies on us being able to detect any rats that may be still on the island, or in the future, detect them if they re-invade the islands. To do this we have been making a variety of ‘monitoring tools’. Candle wax with coco melted into it is attractive to rats and you can clearly see any teeth marks too. 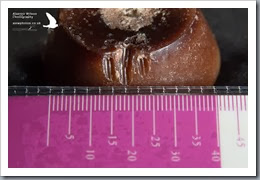 After having chocolate wax out for a while we added some hotel soap, just in case any rats didn’t like the chocolate wax. The soap was particularly attractive to shrews it seems, so it’s a useful tool to see how their population increases after the rats are removed too. 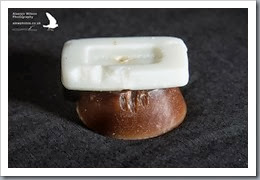 You can identify rat gnaw marks by the pair of chisel like incisors that scrape down through the wax, and by their size, being bigger than 1mm. Shrews have needle like teeth which bite from both the bottom and top, and leave a narrow W shaped groove which is less than 1mm wide. 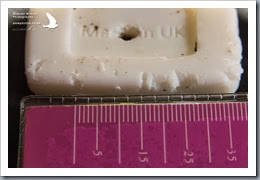 Shrew chew marks on the soap

We have also made wax with peanut butter mixed in, for those rats that might not like chocolate or soap, and our latest creation is coconut wax! Fingers crossed we’ll carry on finding nothing but shrews.