Having spent 3 seasons working at Hermaness in Shetland, and living at Muckle Flugga lighthouse shorestation I have some affection for lighthouses.

One of the most obvious features of St Agnes is the lighthouse, perched on the highest point of the island, and a handy beacon to aim for when heading back to our base. Just below and to the left of the lighthouse is the Coastguard cottages, made up of three residences with a look out tower at one end.
St Agnes lighthouse is the oldest in Britain, and was built in 1680. There was an objection to its construction from the local governor as it would lead to a loss of revenue from wrecks! The tower is 60 feet tall, with a 20 foot lantern, on a hill 100 feet above low water. Originally if was lit by a coal fire, and its last iron brazier is now in Tresco Abbey gardens. It showed a steady light until in 1720 when it was replaced by revolving oil lamps, before this it was sometimes mistaken for Eddystone Lighthouse.

The Coastguard Cottages were built in 1928. Ironically they built the tower at the wrong end, looking towards St Mary’s rather than towards the Western Rocks! The building with the conservatory is a cafe, and does good food in the evenings too. 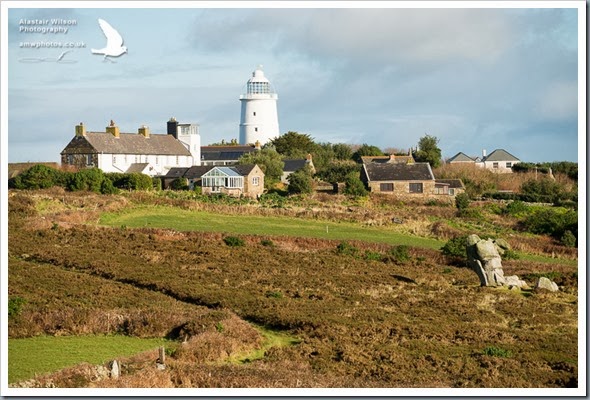 The other lighthouse we can see from St Agnes is on Bishop Rock Lighthouse, the most South Westerly in the UK, and completed in 1857. Recently there has been a helicopter heading out to the lighthouse, presumably for engineers to check that all is well and functioning correctly, especially with the recent storms that have been giving it a good pounding. More information can be found at the trinity house Bishop Rock Lighthouse web page. 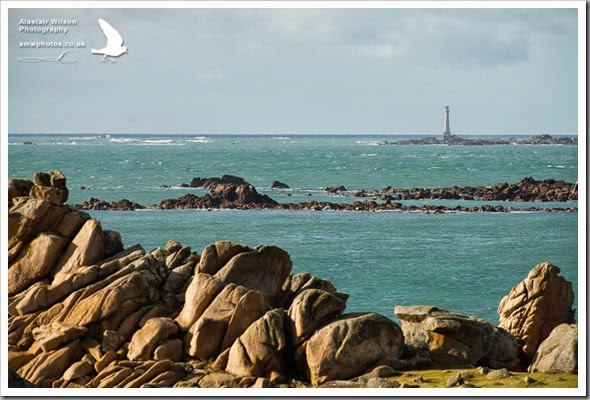