Last week was the winter solstice here in the Southern hemisphere. The shortest day of the year, and the start of our journey back to the summer. For bases inside the Antarctic circle this is of even more importance, as they have now been without any sunlight for some time, so the return of the sun is even more magical. 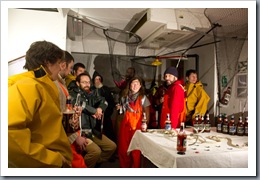 Various events were planned for mid winter week. Films (The Thing is traditional viewing every midwinter), a Beer'/Bowling (Wii)/Buffet at Carse house hosted by Jo one of the government officers, Games, story telling, winter olympics, a pub crawl (photo right of everyone in the science bar), and the big midwinter day celebrations.

It is tradition that at midwinter the Base Commander makes breakfast for the rest of the base. This started several days earlier with the creation of croissants and various other treats. We could have these delivered to our bedroom door, or appear in the dining room where a full cooked breakfast awaited, or  if you wanted, Eggs Benedict, this I had, and it was delicious. Late morning is time for the midwinter swim, well, more of a run into the water and run back out again squawking from the cold. I, along with a few others opted for a sauna before the swim, and everyone opted to have one afterwards. Once everyone had suitably recovered the next event on the agenda was mid winter presents. 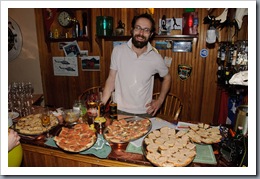 For a few months we have all been working on ideas, designs and plans for a mid winter present (MWP). Each of us drew a name from a hat, and had to make that person a MWP, and it all had to be kept mostly secret and a surprise. It was an exciting moment to be able to reveal our creations and give them away, and to accept the gifts we had been made. To go with the even were lots of tasty bites of food, smoked salmon, foie gras, and very good sweet wine. 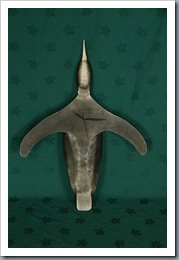 The present I made for Jo the GO 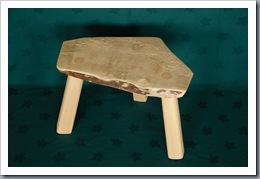 The present I was given by Erny the mechanic 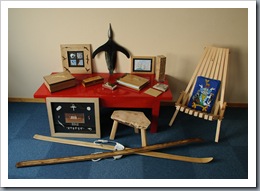 All of the midwinter presents 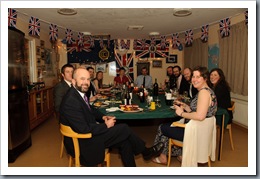 After MWP’s it was an afternoon of food preparation and cooking. Our mid winter feast had Guinea Fowl for starter (courtesy of the stranded cruise ship Plancius earlier in the year), Reindeer, roast vegetables and other delightful trimmings for main course. After this feast it was time to head to the comms room for the BBC World Service mid winter broadcast on the HF radio set (below). Reception was a bit temperamental, but one thing that came through loud and clear was 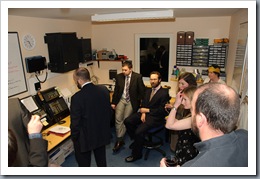 the giggle of my young niece, Mair, and that felt very special.

After the broadcast it was back to the dining room for desert. Home made ice creams, lemon tart, and brandy snaps for desert, followed by a cheese board (sent from the Falklands by our old mechanic) and port.

After dinner it was time to head into the bar and relax the evening away. Until the suggestion of playing a game of Celebrity Salad Bowl appeared! Describing a celebrity or well known person with a few words is all well and good, but when it gets to using just one word, or by action alone things start to get amusing and frustrating in equal proportions! A great game was had by all, and it was soon time for me to do my late rounds, checking the base was all switched off, closed up, bins emptied and kitchen tidy for the night. 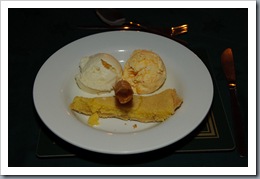 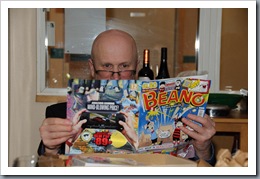 Erny with his new reading material