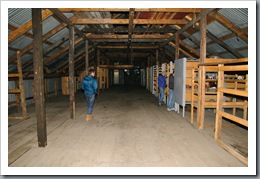 The museum ‘curatorial assistant’ Katie Murray left South Georgia on Tuesday having spent a few months here over the summer working at the Museum in Grytviken. Before departing she gave us a tour of the whaling station, we were also allowed to explore the old engineering stores too. Racks and racks of bolts and rivets are all still carefully organised and logged, there is definitely the feeling that the whalers just walked out and shut the door behind them. 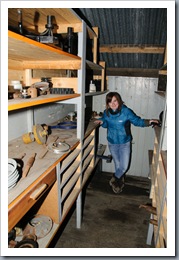 Katie looking at some of the old ‘stuff’ 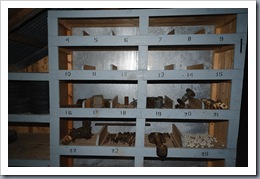 Numbered and logged racks of all kinds of things 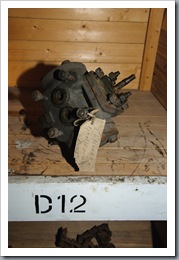 One of the people that came on the tour is an engineer on the Fisheries Patrol ship, he noticed that this was a fuel pump, there’s even the label still attached identifying it as being for the boat the Diaz which is still in Grytviken although now a wreck.

If anything broke down it had to be repaired on site, getting new parts sent in was not a viable option, so if there wasn’t a spare, then the part would have to be made. There was even a forge so that new parts could be cast and machined. 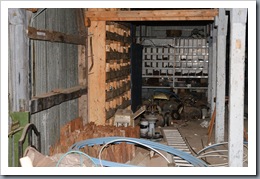