Whale in the bay

On Sunday I was asked to give a science talk to the passengers aboard the expedition ship Polar Pioneer. After the talk I was invited to return for a BBQ in the evening, despite the occasional sleet, rain, hail and chilly wind it was a nice evening, and I especially enjoyed the ice cream cone with rum and raisin, and chocolate ice cream!

Part way through the evening someone shouted that they had seen a whale. I thought it was probably just a large elephant seal as we never get whales in the cove, but sure enough, less than 50m away was a Southern right whale! We put out a radio call to base and they came out to see too, although it was getting pretty dark so there were no good photos. It hung around for quite a spell, and was seen surfacing in different areas in the cove until it was too dark to see. I think the passengers were slightly amused by how excited we were as surely this would happen all the time for us, but no, it really doesn’t!

I was on earlies on Monday, so got up and did the base checks and baked bread. Matt boat appeared fairly early, and out of the window spotted a whale surfacing! With a quick check through the binoculars we could see that there were two Southern right whales, and they were cruising back and forth across the entrance to the cove. Needless to say I quickly grabbed my camera and started taking rather a lot of photos! 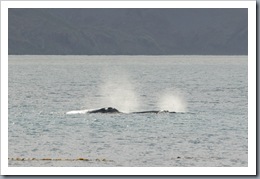 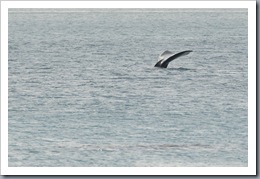 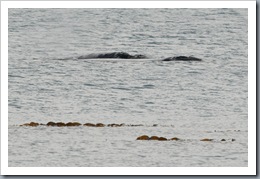 By mid morning there was even more excitement as they started doing impressive fluking, raising their tail out of the water and slapping it back down, creating an impressive splash and a boom that we could hear from a mile away! 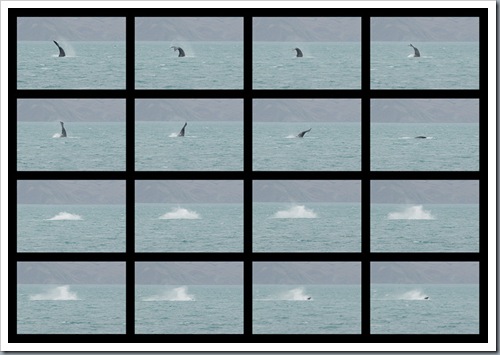 By using the high speed continuous shooting on my camera I could get 6 frames per second and display them as a kind of filmstrip. 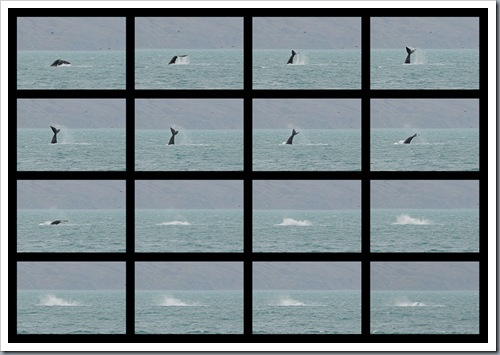 It was amazing to watch the whales, and hopefully over the years there will be more and more to see.