There was lots going on last week, trips to Maiviken every 2 days to count the Fur Seals, boating for various visiting scientists and government projects, and finished off with the first session of pup weighing (which I’ll leave for another entry). 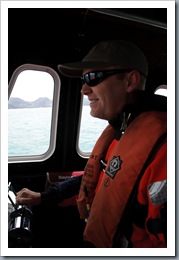 Me at the helm of one of the harbour launches

Jon and Katie in the RIB 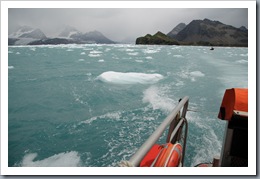 One of the first trips out was to take collect a group of 4 Norwegian Lake corers from the Busen peninsula. The amount of gear they had was astonishing. Two inflatable boats, outboard, coring equipment, pipes to store cores, a ladder, personal gear etc. It only just fitted on the back of the harbour launch. There was plenty of ice about which had come off the glacier, it wasn’t tight packed, and with the boats being very manoeuvrable it was easy enough to weave a path through. The second trip out was to collect two people from another location on the Busen, they had been catching rats for DNA sampling. They didn’t have too much gear, so it was a straightforward trip. They had found an elephant seal weaner stuck in a wallow, so extra guys from base came to to help dig it out. 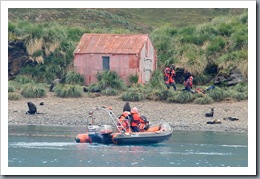 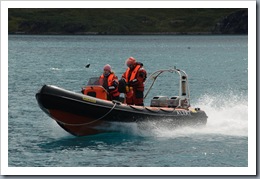 Katie and Matt on the RIB 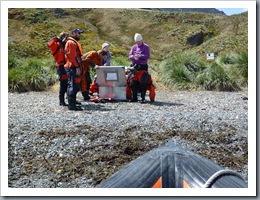 The lake corers then went on a trip to the Barff peninsula. Jon and I drove the RIB on this trip, it was a nice change to driving harbour launch. They stayed at Corral hut, but all their other equipment was dropped off further along the coast. Two of our staff went over for a bit of a holiday and helped them out with carrying gear up the hill to the lake. 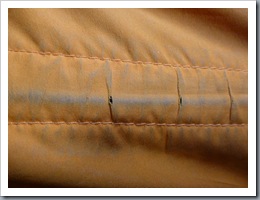 I discovered I’d started to wear holes in my work Paramo jacket where my rucksack goes and where the elastic waist cord is in the jacket. I’ve taken the cord out now as I don’t use it anyway. 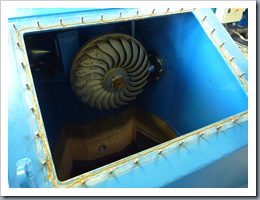 On the way back from Maiviken Tommy and Ernie were servicing the hydro station. It is switched off as builders were digging near the HV cable. They also managed to scrape the cable, so it stayed off for a few days. All the annual servicing has been done now though so not a wasted outage. It’s a very interesting turbine, shape, and incredibly efficient too. Hydro servicing complete and HV cable all fine we are now back on green energy.

That’s all for now, so until pup weighing appears, Happy New Year to you all.