With the prospect of a clear night I decided to take some star trail photos over in Grytviken. It’s a long time since I’ve been out at Grytviken at night, and I’d almost forgotten how incredible it is. Knowing the area well is definitely a bonus, as is knowing where the rotational point will be. I had wanted the pivot point to be nearer the corner of the photo, but that would have meant loosing the mountains in the background. With such short summer nights I set the camera going at about 11:30pm, and went back to pick it up shortly after 3:00am, even at that early hour it was light, and only a couple of hours of trails are possible. 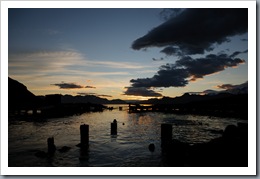 The remains of the old jetty make interesting silhouettes 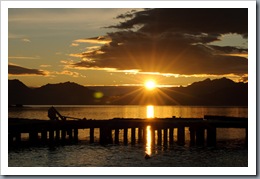 On my way back round the track I stopped for a while with “Track pup”. Track pup is the first pup born on the track this year, to male and female Fur Seals that are unfazed by people walking closely past on the track. Pups are very curious, and sitting at the edge of the track quietly they will often come and investigate. It’s nice to have such a calm family to admire whilst walking the track. 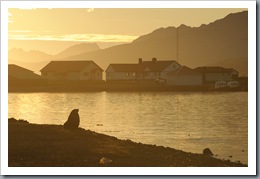 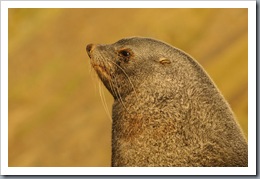 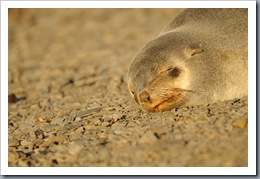