I had just woken up and was contemplating a lie in when I heard a nock at my door. It was the base commander, with news that there was a leopard seal down behind the boat shed. I quickly got my camera gear together, put on some warm clothes and headed out. I got there just in time, the lep was starting to edge out into the sea, having snuck up from behind an old Argentine landing craft I managed to get a couple of shots before it headed out into the bay. 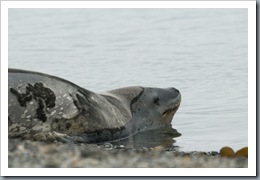 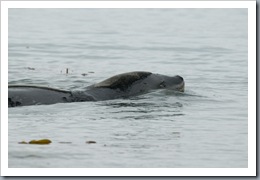 On my way back from Maiviken on Wednesday (12th) I noticed another dead fur seal on the beach behind the fuel store. There was already a Giant Petrel beginning to have a feast when I noticed that the seal wasn’t quite dead yet. That was fairly gross really and the seal didn’t last long. By this morning (14th) the Giant Petrels had really got going on the carcass, and having done my early rounds I went down to take a few photos. I was really pleased to see three Wilson’s Storm Petrels flying around picking up scraps and took several hundred photos of them. The water was really smooth too so all in all quite a nice morning, and all before 8:30. I’ve not had much time to sort through all my photos yet, my laptop tried to die (dead RAM) and we’ve had the Royal Navy visiting for the weekend so I’ve been on boating duties, but here are a few reasonable shots :-) 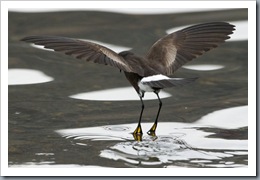 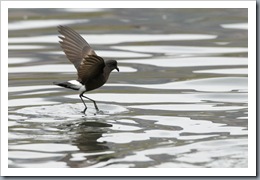 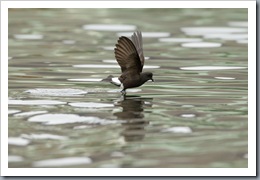 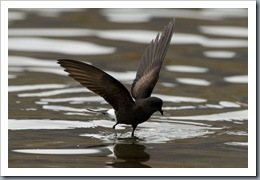 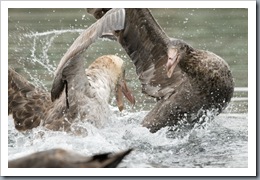