It’s been quite a long time since my last blog post. Updating my website is virtually impossible with the limited bandwidth we have available down here, and it makes blog posts pretty difficult too. I have however been managing to tweet regularly, although viewing other peoples tweets, especially photos and anything they link to is almost impossible. I only started using twitter when I got this job with the British Antarctic Survey, and I have been enjoying the experience. Communicating with people that have similar interests, and sharing the incredible experiences I get to enjoy here. If you want to follow me then my twitter handle is @_amwphotos

As so much has happened over the winter since my last post I’ll split it up a bit. This section will briefly cover the period up to mid winter. Thankfully it’s mostly photograph based, so you don’t have to read too much of my rambling! 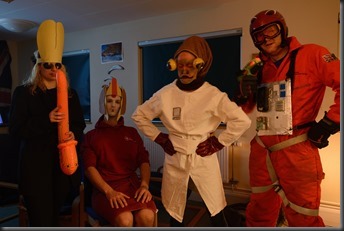 As soon as the summer team had departed we raided the fancy dress cupboard for Star Wars day, May the fourth be with you. Fancy dress has been a bit of a theme this winter, I’ve lost count of all the themed evenings we’ve had! 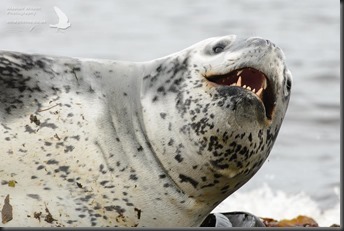 There’s a bit of a break after the fur seals leave for the Seal ZFA, but then the leopard seals arrive. A study walk is completed every day to look for them on the beaches and in the sea, photographs are taking for identification. 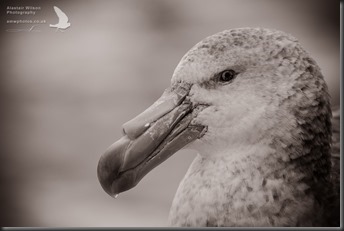 This Northern giant petrel likes sitting on the kitchen doorstep! 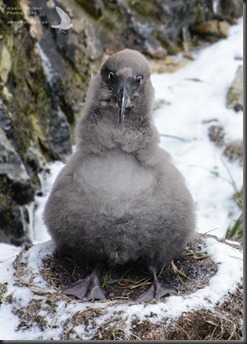 In early May the light-mantled sooty albatross chicks are getting quite big and we go round to check how many have made it through the breeding season. The parents seem to be a bit hopeless so productivity is usually quite low. 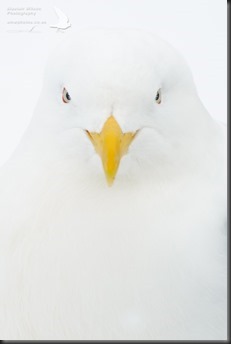 Snow provided the perfect background for a photo of this kelp gull. 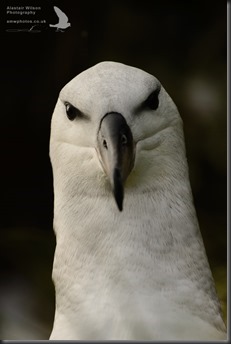 This black-browed albatross chick was one of the last to fledge. 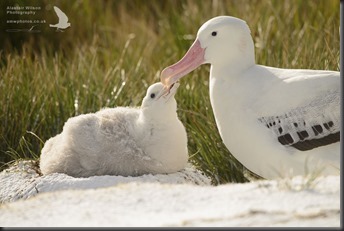 The wandering albatross chicks have been growing well. Here one of it’s parents had returned and the chick was begging to be fed. The fishy, squidy slop didn’t look very appetising, but the chick enjoyed it! 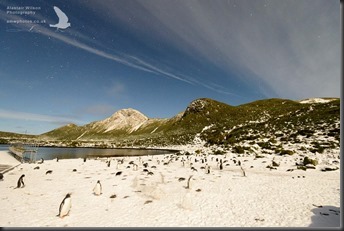 Unlike the macaroni penguins which stay at sea over winter the gentoos come to shore every night to roost. They will often come ashore in different places, and sometimes they appear on the beach in front of base. It’s always great to see them, and here it was a bright moonlit night. 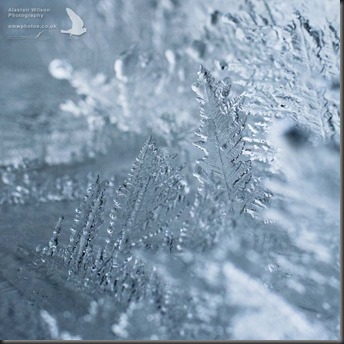 Ice on the inside of an outside water tank. 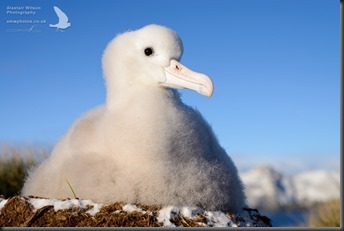 A wanderer chick on a day that the sun was shining. 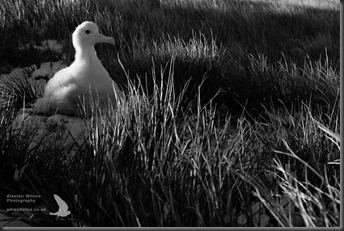 Playing around with the light and another wanderer chick.

The iceberg on the horizon is probably bigger than a large house. 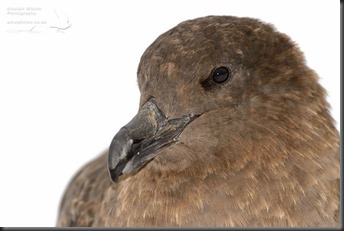 Brown skua with snow as the background and some fill in flash. 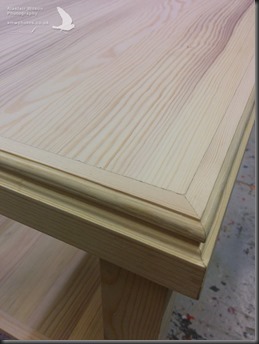 In the run up to midwinter everyone makes a present for one of the other people on base. We drew names out of a hat at the end of the summer season. I started off with the idea of making a three legged stool. I got a bit carried away though, especially with the router, and ended up making a small coffee table instead! 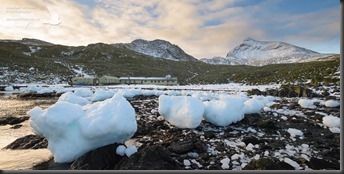 Large chunks of ice were breaking off some icebergs in the area, they made a great feature when they decided to drift into the bay and strand on freshwater beach in front of the base.

Next time round it’ll be midwinter, the biggest celebration in the Southern hemisphere!