When I started this blog it was Lucy’s turn to cook, macaroni cheese, a good reminder that I hadn’t done a blog post on Macaroni Penguins still! It smelt delicious

. I’ve only just finished the post though, several weeks later as It’s been a busy time on base. We have counted everything, cleaning products, kitchenware, toilet roll, sausages… all so that we can get next years order right, fingers crossed! Well, it’s done now so here you are:

Big Mac, home to tens of thousands of Macaroni Penguins

On Bird Island there are three Macaroni colonies, Big Mac, Middle Mac, and Little Mac! Within sight of Big Mac is Mega Mac on Willis Island, as you can guess this is an even bigger colony, the biggest Macaroni colony in South Georgia. Males return in mid October, and females at the end of October. In the third week of November the first egg is laid, this seldom survives beyond early incubation, and a second egg is laid in the 4th week of November. 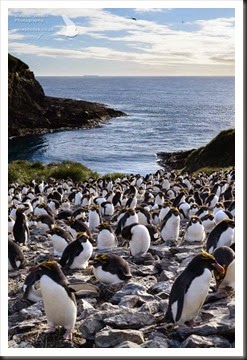 Little Mac, one of the study colonies 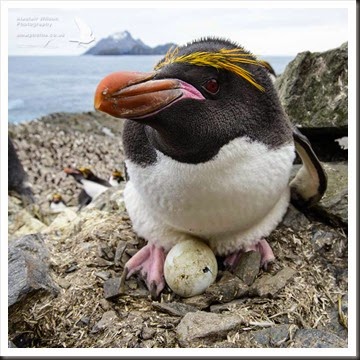 This egg is pipping

The first incubation shift is carried out as a pair, followed by a female only shift, then a male only shift after which the chick hatches and the female returns. Males then carry out a hatching and brood guard until the chicks are big enough to form a crèche. 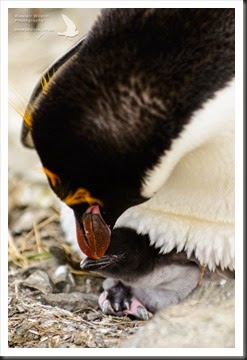 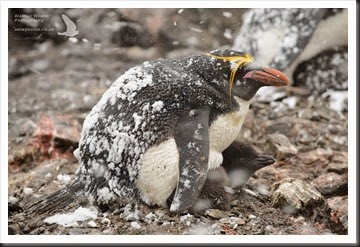 An adult shelters its chick from the driving snow 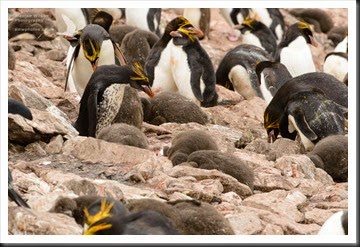 Once the chicks are big enough to form a crèche both adults can take part in foraging trips to feed their chick. It takes 60 days for the chicks to fledge, at which point they will have lost their brown fluffy down, and will look similar to the adults, but without the impressive gold crest.

Once the chicks have fledged towards the end of February the adults head out to sea to feed before returning in early March to moult. 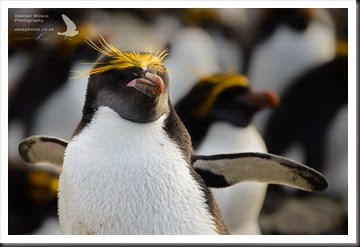 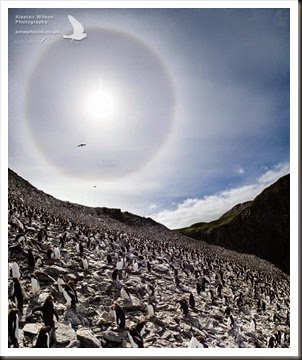 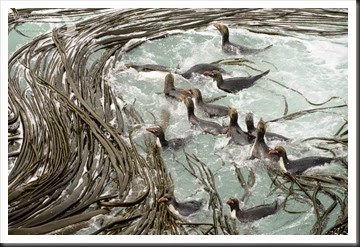 Fighting through the kelp and surf to get ashore 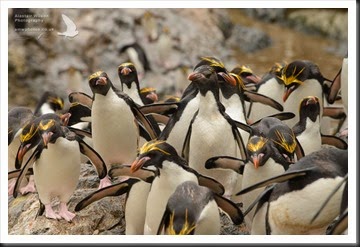 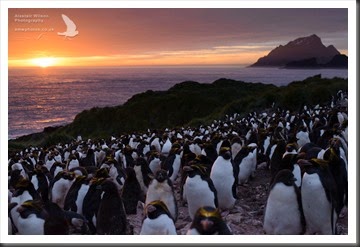 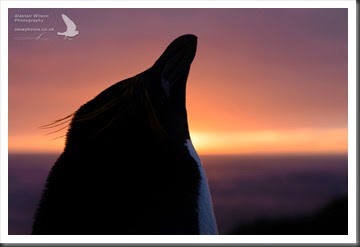 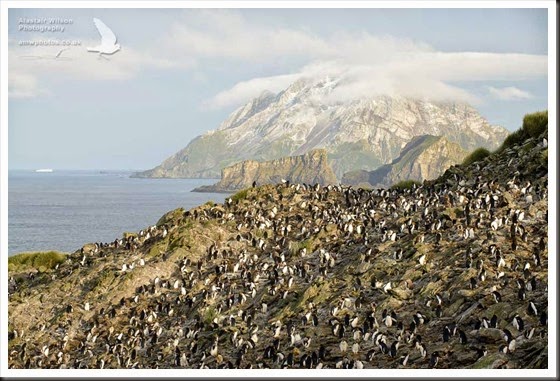 The colony is full of moulting adults in mid March. They make a lot of noise about it too, and will spend around a month looking very scruffy, moulting their old feathers and growing a fresh new set to protect them through the winter. 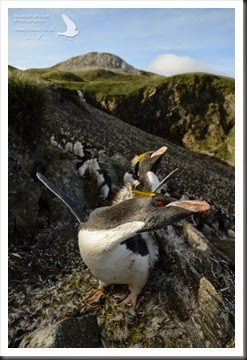 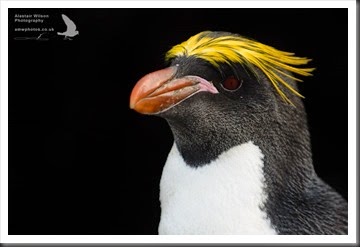