Just after dinner the other evening these Pintail chicks were spotted with their parents just behind base. A pair spent last summer in the same location, so they may be the same ones? One of the adults is colour ringed, but I was unable to see the code. Generally as the summer progresses you can count the demise of the chicks, here they have three, and it’s quite likely they started off with a couple more. Fortunately now that the rats have been eradicated there should be more successful broods hatching, they only have to watch out for aerial predators instead like skuas and gulls. 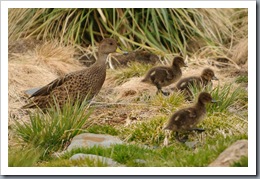 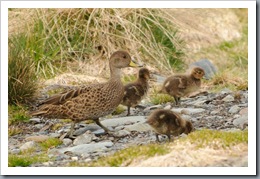 Well, I’ve just got home, yep, back to the UK, and have found this in my drafts, so I thought I better post it, and get down to writing something about what I’ve been up to over the last few weeks. Maybe a bunch of photos to start with at least.