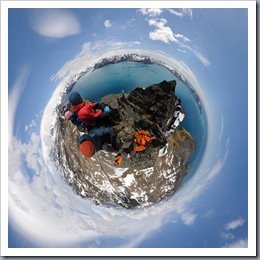 A lot has happened over the last few months since my last proper blog posting back in early December (I’m not counting the ducklings post). During December I handed over to my replacement, Daniel, who took to working with the Fur Seals very well. There is always a lot of information to pass on, and plenty of hands on work which all takes time, but by the end of the month I had pretty much covered everything.

Two of the old team left in December (James-BC, Matt-boaty), getting back to the UK in time for Christmas. Katie (fish) and I stayed to work for the Government of South Georgia and South Sandwich Islands (‘the government’), Andy (sparky) stayed to work for the government builders, Paula (boaty) had already left on a yacht to do some exploring before heading back to Ireland, and Jon (doc) had a couple of months left before his replacement arrived, and Erny (mech) stayed on to do another year. 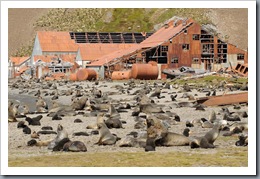 As well as handover I did a fair amount of boating in December. I helped take the government to Stromness for a look at Shackletons Waterfall, and then spent a whole day as a boat taxi, ferrying military personnel from HMS Edinburgh ashore so that they could visit Grytviken, KEP etc. It was very good practice for coming alongside a ship. The embarkation ladder was rigid rather than a rope pilot ladder, so some care was required not to crash or drag against it, luckily the weather was pretty reasonable and all went very smoothly. 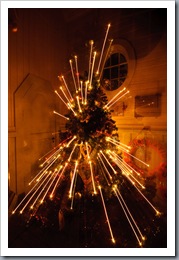 Just before Christmas Katie and I headed off on our last holiday. We had planned on visiting Barff Point and walking to Corral bay, but the weather was, well, pants. So we headed straight for Corral bay. Our mission was to have a jolly relaxing time. We did a little bit of exploring, walking to Sandebugten and the bay beyond, affectionately known as Misery bay, and also through Reindeer valley to Godthul. After our walks we sat at the hut having a relaxing G&T and a beer or two, read our books, and enjoyed watching the local wildlife, Fur seals, LMSooties and Reindeer.

Back on base Christmas was quiet and very pleasant. We decorated the church and ate lots of festive treats, washed down with mulled wine, and had our own little carol service. The tree looked particularly nice, although I couldn’t help but do a bit of zooming on the slow exposure for some added light effects! Base Christmas dinner was a true feast, roast chicken (I think 12 of them!) with every trimming we could get our hands on! 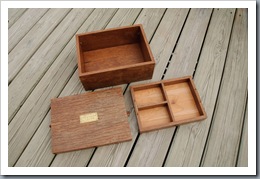 I finally finished the box I have been making for my niece. I found a plank of Mahogany washed ashore on the Greene Peninsula. This I cut into four planks, planed and sanded. Having built a solid box I sawed the lid off, and then made a tray to perfectly slot inside, resting on 4 brass pegs. The base of the tray is made from some thin beech sheeting which came from a piece of wood I found in Corral hut on the Barff Peninsula. The lid is made to slot onto the base, and I turned two small knobs out of Cocobola for it. Finally a brass plate sits on top which came from a strip of brass found on the beach towards Penguin river on the Thatcher peninsula. Four coats of Danish oil later and it was looking very smart, and I am really proud of what I have made.

With December coming to an end it was time to pack up my P box, a giant cardboard box containing all my personal possessions, ready to be shipped back to the UK. Box and bags  packed, room cleaned, it was time to set off on the next adventure, just around the corner! 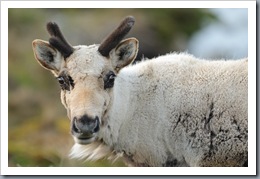