Can we come and visit?

Having mentioned a few times about my new job I thought it was about time that I told you a little bit about it!
I'm going to spend two and a half years working for the British Antarctic Survey as a Zoological Field Assistant, a higher predator ecologist more specifically! Basically I'll be looking at the productivity of Fur Seals and Gentoo Penguins, pup/chick growth rates, and also their diet. To do the latter I get the lovely task of looking at lots of poo!

This wonderful job will take me away to the island of South Georgia, which lies in the South Atlantic Ocean. The island is a British overseas territory and is governed by the South Georgia and South Sandwich Islands Government. At around 54°S it doesn't sound all that extreme (similar South as Morecambe is North), but the reality is that the cold ocean and winds circling Antarctica make for a much colder and harsher environment than here in the UK. How many icebergs and glaciers do you get in Morecambe Bay?! 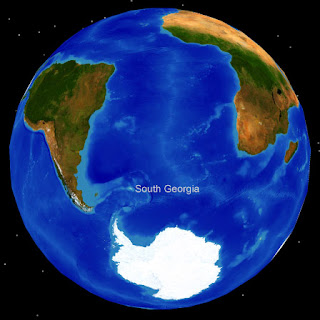 To get there is a bit of a mission. First you have to get to the Falklands, either via Chile, or with the RAF, we are using the latter. Current plans are to leave the UK at 0600 on the 22nd Oct, arriving in the Falklands later the same day at around 1945, having had a mid way re-fuel in Ascension where we all wait in the baking heat in what's affectionately called 'The Cage'! From the Falklands it's a 3 or 4 day sail, unless we have to chase after illegal fishing boats, then it could take a while longer!

South Georgia covered in snow, creating a wake in the cloud
By Jacques Descloitres, MODIS Land Rapid Response Team at NASA GSFC [public domain], from Wikimedia Commons
Bird Island, the other BAS base in South Georgia is at the North Western tip, while King Edward Point is mid way along the North Eastern coast in Cumberland East bay. There is lots of information about the base on the BAS website BAS information about King Edward Point 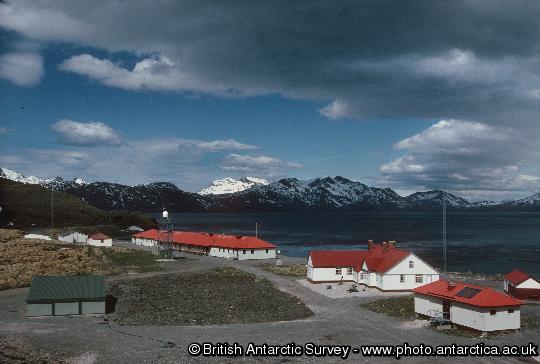 South Georgia, isn't that in America? Urm, no it's in the South Atlantic!

Two and a half years, are you mad? Yes probably, although I would say everyone else is mad for not wanting to do it!

Are you going to be living in tents? Fortunately not, we have a lovely scientific base to live on, although we will stay in tents if we are away from the base.

Will you have internet? Yes, it'll be a satellite connection, so not very fast, but I'll be able to keep my blog going and stay in touch.

Do you get to come home for a holiday? No, although I will get 'holidays' down there, we can head off for a few days to different places on the island and stay at small huts in tents (for my dad: we camp IN tents OUTSIDE huts that are in random places around the island).

Can we come and visit? Technically yes, get on a cruise ship and you'll probably get to visit, or find the money and apply to the GSGSSI to come down to do a specific project. For a weekend away, urm, no!
Posted by alastairwilsonphotos at 10:43