I was going to post some photos of puffins and a guillemot, then I remembered these and decided they were more interesting.

When creating a time lapse it always looks more natural if you use a long exposure so that the movement is fluid rather than sharp and jumpy. During the night, or other low light occasions this is fairly straight forward, but a lot of the time it’s not possible to get a slow enough shutter speed. The answer is a to use a very dark ND (neutral density) filter, I have one that is rated a 9 stops, result: an 8 sec exposure instead of 1/60 sec. As well as making time lapses you can also soft fuzzy cotton wool water, clouds scudding across the sky, or birds trails. 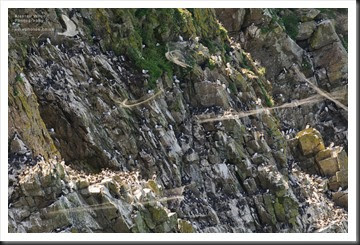 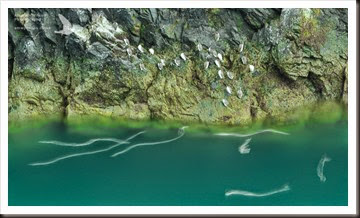 Guillemots loafing at the Wick

At night you don’t need an ND filter. Jason the assistant warden had put on the Mercury Vapour lamp (hence the colour) moth trap. It was a bit misty, so the cloud was lit up too, but you can clearly see the tracks of the Manx shearwaters as they fly past. I’m assuming that the ‘flicker’ in the trail is because of mains electric running at 50Hz. I guess I could count them and look at the exposure length! You can clearly see the wing beats though. 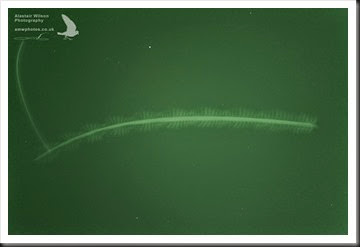 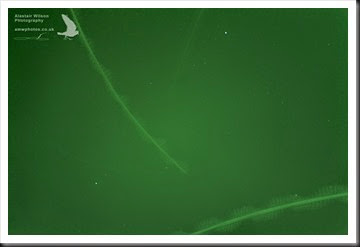