Well this is something of a very delayed post! There is always something to be getting on with. Cleaning, mending, making, counting, analysing, and my blog generally comes fairly low down the list! I have been keeping more up to date on twitter though, so follow me there if you are interested @_amwphotos

In Antarctica the biggest celebration of the year is midwinter, and the preparations started at the end of the summer! Eventually outside work quietened down as chicks fledged, and adults spend winter out at sea.

Everyone on station, all four of us, tried to take the week off, and only did the essentials of work in order to take a well earned break. We had a variety of activities arranged and timetabled our week to start with the midwinter celebrations themselves. 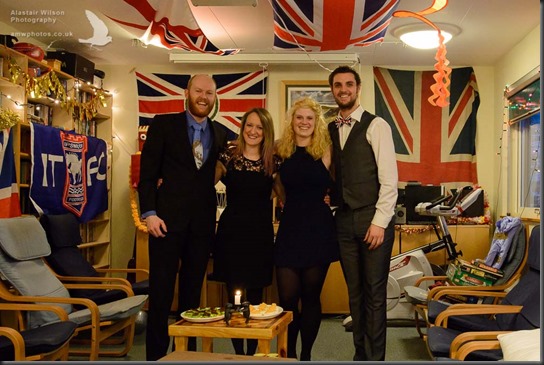 Decorated with as many flags as we could find, and dressed up smart for midwinter dinner.

One special event at mid-winter is the traditional mid-winter broadcast by the BBC world service. A tradition that has been running for many years as a way for loved ones at home to pass on a message to their dearest in the cold wastes via HF radio. We no longer have HF radio on Bird Island, but we were sent an mp3 recording of it to play instead. It’s incredibly moving to hear all the lovely messages from family of all the BAS winterers. We were were also lucky to have Cerys Matthews introduced our messages and play us some music. Cerys’ Sunday 6 music midsummer show was also dedicated to everyone in the Antarctic experiencing midwinter. 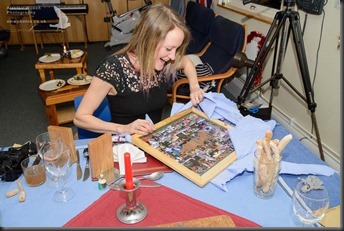 Lucy receives a photo frame and bookends from Robbie. 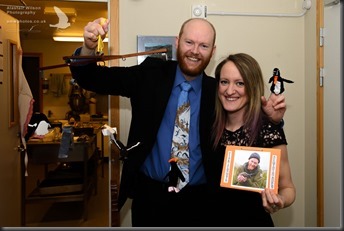 Lucy made a beautiful BI themed mobile of all my study species. 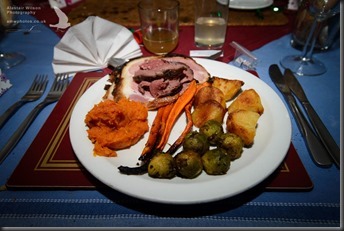 A feast to be proud of. Roast Reindeer from the South Georgia eradication of this non-native species. 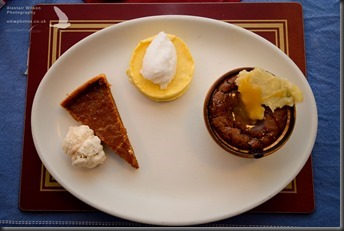 A trio of deserts made by Siân. 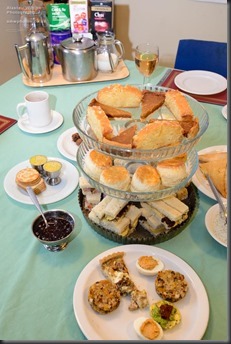 Being properly British with high tea.

For one night only the old jetty bog had a renovation and became the World’s smallest pub! Toilet seat removed, and four seats instead of one made it a cosy watering hole. Apparently this is also Sir David Attenborough's favourite toilet! 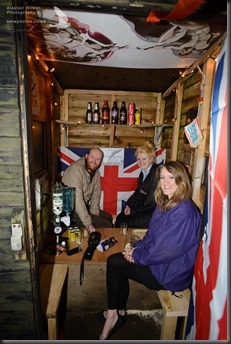 Before more things get in the way I’ll upload this quickly and hopefully get round to posting a few more images soon!